Warnings to Dominica from Guyana 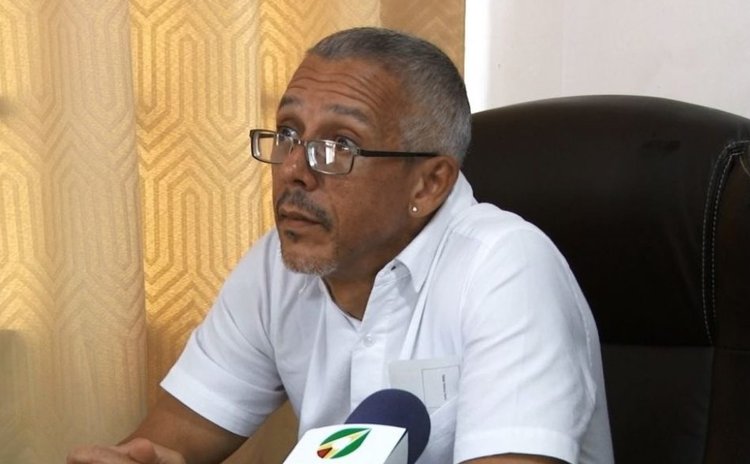 Political chaos intensified in Guyana as a new court battle ensued on July 21, 2020 between the embattled A Partnership for National Unity (APNU+AFC) Coalition government and all other Opposition parties.

APNU+AFC supporter Ms. Misenga Jones has asked the Court of Appeal (CoA) to overturn a July 20 High Court decision by Chief Justice (Ag.) Ms. Roxanne George-Wiltshire allowing the Guyana Elections Commission (GECOM) to declare the winner of Guyana's March 2, 2020 elections using the results of a recount scrutinized by the Caribbean Community (CARICOM). This has been challenged by the combined Opposition parties and, since the losing side will definitely appeal to the Caribbean Court of Justice (CCJ), Guyana's world-record delay between elections and the declaration of results will stretch beyond 150 days.

The impact of this crisis on democracy is not lost on the rest of the world. Leaders, institutions and countries across the globe are applying diplomatic pressure and imposing sanctions to influence an urgent and peaceful resolution. On July 15, the United States (US) imposed sanctions on APNU+AFC-aligned officials for undermining democracy, and Canada and the United Kingdom vowed to follow.

July 21, the Organization of American States (OAS) Permanent Council convened a special meeting to discuss the Guyana problem at which 21 member states asserted that Guyana had failed the litmus test of democracy in the face of strident resistance from recalcitrant APNU+AFC representatives. OAS Secretary General Mr. Luis Almagro warned, "This is a historic turning point for Guyana…this will define its future….action against Guyana could be taken if the situation does not change."

The entire world seems to be lined up against the APNU+AFC, but it was not always so. After the six-party APNU was formed in 2011, it embraced a 'broad-tent' approach that gained political momentum leading to a coalition with the multi-racial AFC. It achieved electoral success in 2015, ending a 23-year rule by People's Progressive Party (PPP) by a razor-thin victory margin of less than one percent.

July 16, the APNU+AFC's Campaign Chairman, Joseph Harmon's declared, "We entered Government in 2015 as a Coalition and over those five years we have restored hope to the people of Guyana…Block by block we have rebuilt this nation from the rubble and restored national pride..." His words had a hollow ring because his party's mistakes since gaining power and since the March elections badly hurt its cause, and are dire warnings to other political parties in the Region and around the world.

Except for die-hard Coalition supporters, the whole world believes that the Opposition PPP won the March 2 elections comfortably, and the democratic transition of power is being thwarted only by the APNU+AFC's insistence that it won the elections. This claim is based on a highly controversial vote-count by Regional Officer for Region 4, Mr. Clairmont Mingo, and the Recount was triggered by the rejection of his tabulation by independent observers and all other political parties.

The Recount proved that Mingo's count was fraudulently skewed for the APNU+AFC, but the party refuses to accept this and has launched a series of legal manoeuvres aiming to get the courts to approve its victory in the elections on the basis of Mingo's discredited count.

The APNU+AFC's predicament was well articulated by Dominic Gaskin, son-in-law of President David Granger and former Coalition Minister, who broke ranks with his party. Commenting on the controversy, he said, "…the ballots were placed in sealed boxes which in turn were stored in sealed containers, unboxed only during the recount process….No amount of shifting narratives, specious arguments, contrived reports or court rulings can change the contents of those 2,341 ballot boxes… The transparent Recount process provides an accurate reflection of what is in those boxes…"

As various courts strive to make a final decision on whether or not to use the Recount results to declare the winner of the elections, political analysts are exploring multiple complex and nuanced reasons why the APNU+AFC is in a back-to-the wall battle against the world. Most reasons suggested by pundits are unique to Guyana, like its racial divide, political culture and winner-takes-all Westminster parliamentary system. But analysts have advanced two possible reasons that embody potent warnings to political entities worldwide.

In Guyana's political environment, Afro-Guyanese tend to support the Coalition while Indo-Guyanese mostly favour the PPP, but the 2015 elections brought a significant departure from entrenched racial politics. Renowned social scientist and pollster, Dr. Vishnu Bisram noted, "…the Indians did not come out to vote in full strength in the general elections in Guyana in 2011 and 2015 or many crossed over and voted for the African-led coalition…." He and others concluded that the Coalition only won the 2015 elections because it gained support from disillusioned PPP supporters and mixed race AFC supporters. But they contend that the party committed a crucial political blunder by morphing into an unmistakably Afrocentric party after being elected and alienating this new support group.

Critics who hold this opinion believe that the Coalition embarked on policies and rhetoric that appeared to pander exclusively to its African support base, despite the narrowness of its 2015 victory. They also ascribe the party's current woes to its 2020 elections campaign , asserting that it largely targeted strong APNU+AFC supporters with only feeble attempts to reach out to the rapidly growing group of crossover and swing voters that had brought it to victory in 2015. Analysts also assert that the APNU+AFC made a serious political mistake by indulging in the creation of 'echo chambers'—both online and at other social venues—where the party faithful insulated themselves from opposing points of view and declined to reach out to and persuade interactions with voters who did not immediately accept the party's positions.

Political parties in Dominica and elsewhere should heed the warnings from Guyana: Alienating key crossover and swing voters might cause the unexpected decline of some ruling parties, and heavy reliance on 'echo chamber' politics might keep some opposition political parties out of power indefinitely.