Warrington is Caribbean Farmer of 2021 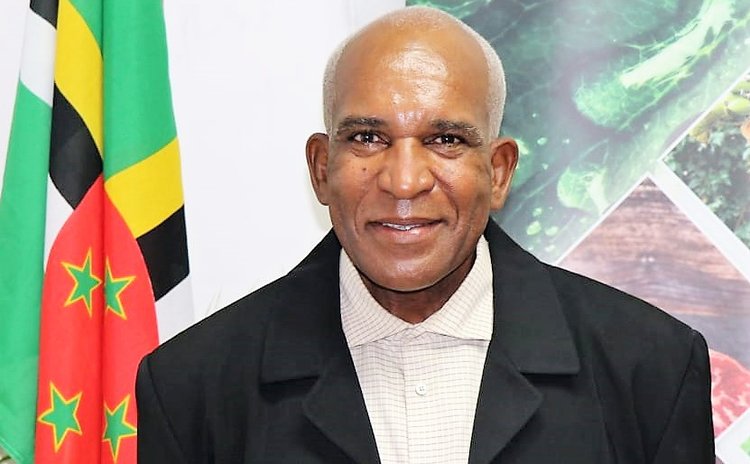 Deles Warrington, the 2021 CARICOM Farmer of the Year says agriculture is alive and well in Dominica.

"It is obvious we are making tremendous strides to develop the sector even better than it was before," Warrington said in his acceptance speech delivered by ZOOM at the closing ceremony of Caribbean Week of Agriculture held in Guyana on Friday.

"It is clear that agriculture is going good, it is well and has been going good though we have been going through some serious challenges in the region," Warrington added.

Dominica's Ministry of Agriculture nominated Warrington, a leading farmer from Calibishie who has won multiple awards for farming over the past four decades. In 2000 the Government of Dominica awarded him the Sisserou Award of Honour.

"The CARICOM Farmer of the Year award aims to highlight the work of farmers around the region who are contributing to the advancement of the agriculture sector in their respective countries," said Prime Minister Roosevelt Skerrit in a congratulatory message posted on FaceBook. "Deles Warrington has, for many years, been a true example of industry, determination and innovation in agriculture. His success underscores the critical role of agriculture in strengthening food systems, feeding families and communities, enhancing livelihoods and creating employment. We thank Mr. Warrington for his outstanding contribution to the development of Dominica's agriculture sector and wish him continued success"

Through the Farmer of the Year programme CARICOM aims at promoting the sector in the region.

"We want to promote farming as a business, as an alternative form of income, something that's sexy, profitable and meaningful," said Shaun Baugh, the coordinator of Caribbean Week of Agriculture.

"I am happy to be recognised in this way by my counterparts in the region," Atkins told the Gleaner Newspaper.

Since 2018, Atkins has consistently been advancing in crop production in the New Hall district in Manchester. With help from relatives, she started out doing pumpkin production, and later scotch bonnet peppers, sweet and Irish potatoes.

Last week too, a senior official of the Caribbean Community Secretariat warned that the current vulnerability of the food production in the region is stark, as collectively the Caribbean continues to be buffeted by the coronavirus pandemic, the ravages of climate change, pests and plant-borne diseases and other associated maladies.

Joseph Cox, assistant secretary-general, trade and economic integration, told the 94th Special Meeting of the Council for Trade and Economic Development (COTED) on Agriculture that ended in Guyana on Thursday that food security in the region is in crisis, the Caribbean Media Corporation (CMC) said.

"With the exception of Belize and Guyana, all other CARICOM countries are net food importers, with at least seven of these countries importing more than 80 percent of their available food rendering the region a net calorie importer. This is a troubling data point, which mushrooms into a full-blown crisis, when we are reminded that all foods are not created equal, even if they weigh the same," he said.

Cox warned also that the region is at a point where on average, acreage under use for agriculture is no longer expanding, as the arable lands are being repurposed for use in other economic activity.