Was the blood of Phillip Timothy shed in vain? 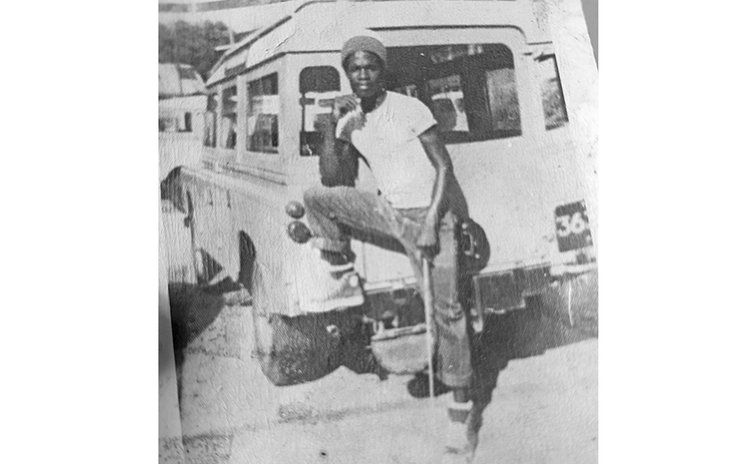 The scene is May 29, 1979, the appalling day that changed the trajectory of the future of Dominica.

Six months after the country had gained political independence from Britain, thousands of demonstrators gathered around Government Headquarters in Roseau, to protest the enactment of two controversial Bills. The peaceful demonstration began with police wandering through the crowd. Opposition members cheered as they entered while government members jeered and jostled.

A few minutes later, the Dominica Defense Force (DDF) arrived and tear gas was fired as the people scattered. In little time, a koul-woch brigade would ensue, with police in response shooting at unarmed protesters.

According to a report of the commission of inquiry into the events of May 29th, 1979, a total of 88 rounds (bullets) were fired by the DDF during their assault.

In the wake of the mayhem, 10 civilians were left in critical conditions, including, Algernon Philbert who received a bullet that passed through the left thigh; Edward Robinson who sustained a bullet wound in his left hip; Emanuel Aymer, a 13-year-old schoolboy was left with a large wound to the left part of his face after a bullet entered under left ear and emerged through the tip of his nose, and Margaret Etienne, another 13-year-old schoolgirl was hit by shrapnel in chest and neck that caused small puncture wounds.

Also injured were George Nelson who was grievously wounded in the right arm by a bullet; Robert Jackson and Matthias Dover who both received two bullet wounds in the left calf and left thigh and thorax and left arm respectively; Vivian Rocque received an injury to his foot; Egbert Germaine was stomped on the chest by a member of the defense force and kicked by others while still on the ground, and Adams Jean-Pierre was struck by a boulder hurled by a member of the defense force which resulted in his loss of consciousness.

Luckily for them and thousand more who witnessed this key moment in history, they lived to tell their tales, but not everyone was as lucky.

Following the steady persistent downpour of rain that washed the blood-stained streets and dispersed the crowds which had gathered there earlier, the news spread like wildfire that 19-year-old Phillip Timothy, who at the time was a port worker and steelpan player had lost his life.

On the eve of the 42nd anniversary of Phillip's death, the Sun visited his family home in Roseau and spoke to his sister Louisa Timothy who stated that May 29 every year will forever be a sad day for her family.

Giving a vivid recount of that morning, Louisa, who was a student at the time, remembers her brother leaving home to go check on friends never to return.

"While I was home with my mom, several people rushed to our home and informed us that they had shot Philip and his body was lying under the Ministry building. At that moment my heart sank," she said.

Rushing to Morne Bruce to break the news to her father, the sister told the SUN that immediately his pressure and sugar level elevated.

When asked to describe her older brother, whose photos she keeps at the top of her bed, with tears streaming down her face, she said: "He was a very nice, sweet loving boy. He was in trouble. That boy could have had the last penny and he would have given it to you. I loved that brother very, very much. I miss my brother because if he was still alive, he would have helped me, my brother would have been helping me so much."

While this date is one of the most significant dates in the short history of Dominica, many including government officials and media outlets pay little to no homage to those who stood at the forefront on that day.

Many commentators have stated that given the similarities of the current economic and social conditions in Dominica that history should be repeated, however, Louisa urges otherwise.

"It's not worth risking your life only to be forgotten," she said.

During the Dame Eugenia Charles administration, Charles would personally visit the family, but since the current administration took office, she believes a lot has changed, including the removal of her brother's photo from the Treasury Building and the demolition of his tombstone.

"Right now it seems like my brother may have lost his life in vain."

The forgotten hero's sister said that she longs for the day that the painting will be restored or something more significant will be done for her brother.

Among the main ring leaders of the May 29, 1979 riots, only Dominica's current President Charles Savarin is alive.