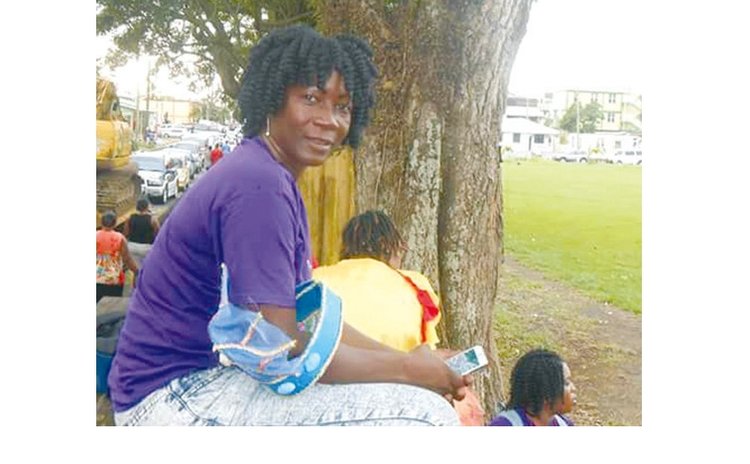 In an exclusive interview with the SUN Rosalind said she will never forget that day.

Three days before the incident, Wendy told her mother that she was planning a picnic on August Monday and whether or not she wanted to come along.

Rosalind agreed. When the day arrived Wendy woke up early and prepared the meals for the family picnic.

That was the first time that Rosalind was travelling to Glasse and that's how Wendy described it to her.

"We are going to a place where there is a large rock going out to the sea and part of it is on land and in that flat rock there are holes dug in it when the sea hits against the rocks the spray goes into the holes and it's filled up like a little pool."

Rosalind said she thought the trail was very dangerous and it took them quite a while to reach the pools because they had to ensure that the children were safe walking down.

When they arrived, Wendy decided that she was going to take pictures to send to her friends. Along with her sister April Philogene, Wendy went on a rock and that's where the photoshoot started and ended.

There's is an old folk saying that one should never give the sea one's back and, unfortunately, that was Wendy's biggest mistake.

"She went to one of the pools and April was taking pictures for her. Her back was facing the sea. I was not too far. I saw the wave hit against the rock the spray went up and I did not see Wendy again," said Rosalind.

At that moment during the Sun's interview tears ran down Rosalind's face. Relating her experience was painful indeed.

But she continued. She had lost sight of Wendy; however, she saw April hanging from a rock which saved her.

"When I looked out in the sea I saw Wendy in the ocean. I couldn't go there and I could not help her. Every now and then I seeing her head above the water but the waves stronger than her," said Rosalind.

Looking intently at the waves as Wendy fought to survive, Rosalind said Wendy gave her one last wave before she was pushed back under the water. She never saw Wendy again.

In shock, Rosalind stood at the scene hoping that Wendy would raise her head. After a while, along with her husband, she left because someone had brought April to the LaPlaine health centre.

There someone told her that the Marine Unit of the Police Force was on its way. When she arrived at Fond Cole, Rosalind saw that the coast guard had brought in Wendy's body.

Members of her family went to the Princess Margaret Hospital where Wendy was officially pronounced dead.

She said Wendy was the mother of one daughter who is a student of the Convent High School and an active member of the Afrikulture Stilt Walkers.

Wendy's daughter who is currently in Grenada with the Afrikulture Stilt Walkers received the news and was given counselling.

Rosalind described Wendy as a very helpful person and that of all the good qualities that Wendy possessed Rosalind particularly loved her straight-forward attitude.

"She does not stand for nonsense. When I tell her try to be patient she says "Mammy when you warn a person one time and you warn a person a second time over the same thing, it could be a mistake; be strict don't make it happen a third time," Rosalind said.