WAWU on May Day: challenging times 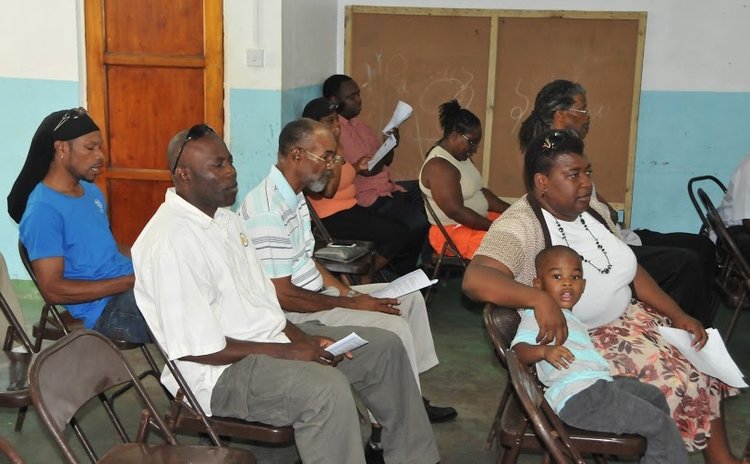 Union members at WAWU headquarters on May Day 2016

Despite the challenges the Waterfront and Allied Workers Union (WAWU) ensured that members observed May Day 2016 was celebrated with its members at the union's headquarters.

WAWU held May Day celebrations on May 2 at its headquarters under the theme: "Strengthen and Consolidate Workers Unity and Solidarity".

The ceremony commenced with a service from Father Peter Hill, then proceeded with a solidarity message from a member of the Dominica Association of Teachers (DAT) Jerry Coipel and the May Day message from WAWU's General Secretary Kertiste Augustus.

Augustus said the union was celebrated May Day during a challenging time.

"It is interesting in that WAWU continues to struggle in providing the best representation of our constituent membership; a struggle that is frustrated by the tardy response and action by both the Department of Labour and some employers in Dominica," said Augustus.

Augustus said that it is a challenge to observe May Day following the closure of one of the biggest manufacturing companies in Dominica, the Dominica Coconut Products.

He said the closure affected jobs in Dominica and revenue for WAWU.

"Jobs are the number one priority for government; therefore, when a huge employer like Dominica Coconut Products closes its doors and places more than 100 workers on the breadline then such has a serious consequence for the social and economic fabric on our country," he said.

Augustus added that the settlement package from the management of DCP should have strengthened the WAWU's submission and the government should revisit the redundancy formula to remove the ceiling provided for in the legislation.

Meanwhile, Father Peter Hill, Parish Priest of Lady of Fatima, Newtown called on workers to appreciate the fact that they can work.

He said that when addressing the topic of work, the best illustration one can use is that of bread because often people refer to work as a way of earning their 'daily bread'.

"So we as a union, can we spread this message of how it is good to work…when we look at bread can we remember work is good and most of all can we take pride in our work," he said.

Father Hill said that people tend to forget that God worked and that work is never a bad thing, it may only be difficult.

"Are we appreciative of the fact that we can work…because often times we can see work as something negative, we complain and forget that God created us above all other things to work," said Father Hill.

Father Hill said that it is time that people stop put certain jobs above others, "forgetting that all walks of life are necessary for work to go on in society."