2018 Christmas Message from His Excellency Charles A. Savarin, D.A.H,President of the Commonwealth Of Dominica 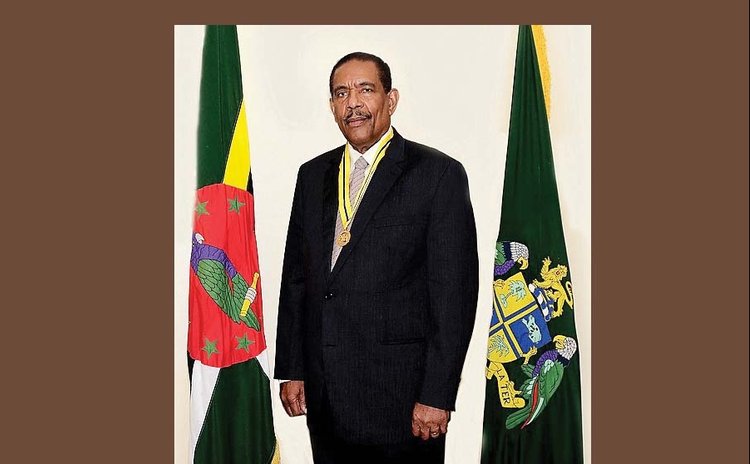 My fellow Citizens and Residents of Dominica,

As President of the Commonwealth of Dominica, I always look forward to this very special occasion to communicate with you and to join you in commemorating the birth of the Christ Child, Jesus, who was sent into the world to bring joy, hope, peace and life eternal. Therefore, Christmas is supposed to be a season of great joy and celebration.

For us here in Dominica, despite the traumatic and catastrophic impact of two extreme weather events in rapid succession, Tropical Storm Erika in 2015, which caused losses and damage equivalent to 90% of our GDP, and Hurricane Maria in 2017 which resulted in losses and damage amounting to 226% of our GDP, we still have many reasons to be thankful and joyful and to celebrate. Last year around this time, many of us were without shelter as our roofs and in many cases our entire homes had been destroyed by the winds of Maria and/or by the floods and landslides triggered by the rains of Maria. Some of us were left with no jobs; our businesses destroyed and were grief-stricken by the loss of our loved ones. Nonetheless, we decided to gather all the losses, the pains, the fears, the frustration, the difficulties, the burdens and the challenges and cast them all at the feet of our Lord. We did not allow this horrendous ordeal to take control of our lives. Our focus instead was and still is on rebuilding our society better and stronger.

This determined and patriotic national effort has brought tremendous achievement in our relief and recovery effort which is quite evident by simply looking around. No one in the public sector lost his job and salaries were paid on time; in the private sector, some of us have regained employment and have reopened our businesses; roads and utility services have largely been restored; the Government has undertaken major works to rebuild the housing stock. Additionally, the Government has undertaken to improve air access, support investments in hotel infrastructure under the CBI; diversify the agricultural sector; pursue the development of the geothermal energy potential for local consumption; and in addition to prioritizing essential social protection services, the Government has mapped out ways and means to bring about the fastest and strongest recovery possible.

I wish to take this opportunity to single out the residents of Petite Savanne, Dubique and Stowe whose communities were destroyed by Tropical Strom Erika and who were further impacted by Hurricane Maria. A new community is being developed in Bellevue Chopin to resettle the people of Petite Savanne and the first 38 housing units were handed over to families at a ceremony which took place on Friday, 7th December 2018, with a further 130 units to be completed at the end of January 2019; 34 at the end of February 2019; and 144 at the end of June 2019, thus making it a total of 346 housing units. I congratulate the people of Petite Savanne, Dubique and Stowe and thank them for their patience and tolerance.

Government's housing program with the Montreal Management Consultancy Establishment (MMCE) is not limited to the resettlement of families from Petite Savanne, Dubique and Stowe. Government is also vigorously spearheading the continuation of another 466 units currently under construction by the MMCE - 330 in the Eastern District and 136 in the Northern District (68 units each in Glanvillia and Cotton Hill, Portsmouth). Within the first quarter of the New Year, the MMCE will also construct 125 units in the pound area in the City of Roseau.

Let us all during this festive season recommit to continue to work together as a committed people to rebuild our beautiful country, and to achieve the Sustainable Development Goals (SDGs) by the target date of 2030 and the stated objective of making Dominica the first climate resilient country in the world.

Considering where we were one year and three months ago and where we are today and anticipate being in the medium term, we have every reason to rejoice and celebrate this Christmas and to look to the future with great optimism.

As always, I implore you to remember the members of the essential services, who will be working during the Christmas Season in order that the rest of us can enjoy a sense of safety and security throughout the season. I refer in particular to the members of the Commonwealth of Dominica Police Force, Fire and Ambulance Services, the State Prisons, Customs and Immigration Departments; employees of the Air and Sea Ports, the Doctors, Nurses and Health Care Workers. As we share special moments with family and friends, let us also make a concerted effort to reach out to our disadvantaged brothers and sisters who may be hungry, homeless, naked, sick and/or imprisoned.

On behalf of the Government and people of Dominica, my wife Clara and myself, I extend to every citizen and resident of our beautiful homeland Dominica, a joyous Christmas Season and a productive 2019, as we continue to work together to rebuild a better and stronger country and to build ex ante resilience to the impacts of natural disasters and climate change.