We need a bolder budget to set the stage for Dominica to be economically free, at last 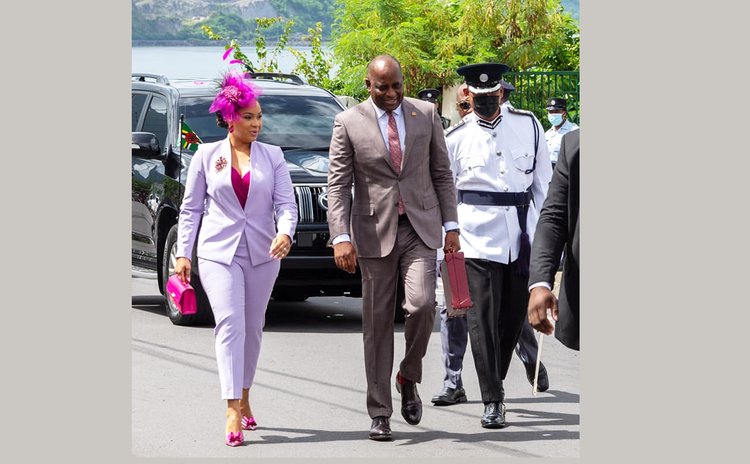 Dominica's 2022/ 2023 budget has been signed and sealed; Prime minister Roosevelt Skerrit will deliver it today, Tuesday, 26 July at the parliament building on Victoria Street in Roseau.

So, nothing we say here will change the content of the budget presentation but that doesn't stop most of us from suggesting that Dominica, more than ever before, has to make tough choices to halt our economic decline and put us on the road from crisis to recovery. We have concluded that many times and for many years during the presentation of the annual budget. Covid -19 and the current world economic situation makes that suggestion a no-brainer.

So, we hope and pray that this new budget will recognise the precarious social and economic position that Dominica is in today. But to make these fundamental changes require courageous leadership and the Prime Minister has to be willing to risk the loss of political capital in the process.

The unwillingness and, or inability of our current government and the government of the past two decades, to take these risks may explain why the nation seems to be stuck in neutral gear, unable to embrace new ideas that might disturb their political comfort zone.

For many years the enormous potential of our people to be creative, productive and strong has been crying out to be released. We hope and pray that the government has heard their cry this time and makes a genuine effort to halt our economic decline and set the country on a new path towards real development. Talking alone will not get us there; policies that only guarantee election victories will not get us there; only bold, and maybe unpopular, decisions will get us there.

Undoubtedly, the presentation of a country's annual budget is an important event because it gives citizens an indication of the policies and programmes that their government intends to implement over a financial year. But unfortunately, budgetary debates and other discussions on the management of the country's finances have become opportunities for political parties to score points. On this occasion, we hope that the verbal diarrhoea that passes for substantial debate in parliament is abandoned and discarded. This is not the time to play politics, not the time to fiddle while the nation decays, not the time to turn brother against brother, neighbour against neighbour, one political party against another political party. These precarious times require statesmanship, require putting the country before the party and self, require honesty and transparency and building better together-blue and green and red.

We also hope too that the prime minister will banish the barren boast that his government was proud of its achievements and that the current government had demonstrated a certain level of disciplined economic management characterized by prudence and fiscal responsibility. He said these same words many times in the past. But one look at the size of the Cabinet of ministers, for instance, and you will know that this description, of prudent fiscal responsibility, is misleading, to put it mildly.

There's no doubt about it: Dominica has one of the most bloated Cabinets in the Eastern Caribbean. And now that our economic survival is at stake, maybe the best time to make that bold move - cut the Cabinet by 50 per cent.

This year, we expect the same pronouncement. We also anticipate that the Prime Minister will list some of the same projects that he did last year under the Public Sector Investment Programme (PSIP). Last year too, we expressed the view that the budget that Prime Minister Skerrit presented to the people of Dominica did not contain the innovative programmes that could haul Dominica out of the precipice of economic stagnation into which the country has plunged.

As we said then, given the overwhelming 18-3 mandate that Mr. Skerrit received from the Dominican voters at the December 2019 general election, we expected much bolder, more daring budgets that would serve as a catalyst for action as Dominicans grapple with problems of the Covid-19 pandemic, the hurricane of 2017, unemployment, shrinking production and productivity and the debilitating effects of the migration of some of our brightest and best.

In budget presentations over the past years, it has been obvious that government adopts unimaginative approaches to solving the country's problems. Consequently, there have not been any dramatic improvements in the economy-in tourism, agriculture and manufacturing- over the past two decades, at least.

A bolder budget, coupled with the removal of our current self-delusion, could set the stage for Dominica to be economically free, at last.