We won't run with Ronnie

The United Workers Party (UWP) has withdrawn Ronnie Isidore as its candidate to contest the Mahaut seat at the next general election. But "Ronnie" is not going down without a fight. 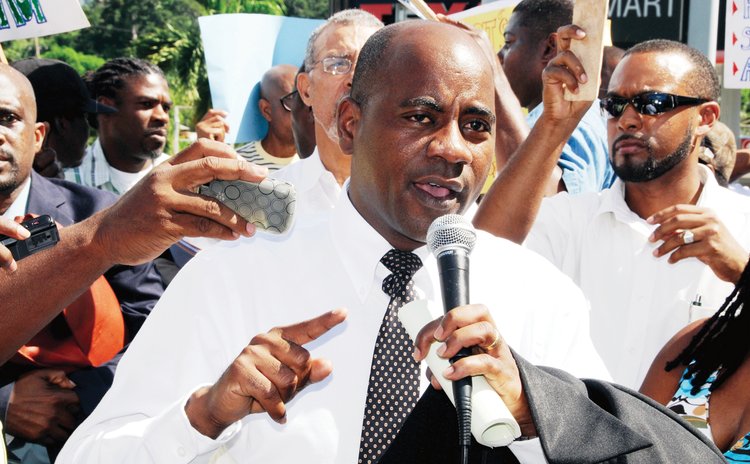 Is Ronnie Isidore a member of the United Workers Party (UWP) or is he a renegade?

Ezikel Basil, the UWP president says Isidore is still "blue" in spite of the fact that last Thursday the UWP leadership kicked Isidore out as the candidate for the Mahaut constituency for the upcoming general elections.

But Basil insists that Isidore remains a UWP Senator in the Dominica parliament, at least until a party's general council meeting.

Nevertheless, Ronald "Ronnie" Isidore feels that he has been "unjustly treated" since he was sacked via a news conference.

"Where is the letter to that effect? Where is the due diligence process…the matter has to go to the General Council and instead it is being dealt with (at a press conference)," Isidore said.

At the press conference Basil stated that the National Executive of the UWP had tabled and passed a recommendation to withdraw Senator Ronnie Isidore as the endorsed candidate for the Mahaut constituency for the upcoming general elections.

"Over the past eight months, Senator Isidore has had a number of trust and respect issues with the leadership of the UWP and the executive members of the Mahaut Constituency Association which has adversely affected the party's campaign for change across the constituency," Basil said at the press conference.

He continued: "Notwithstanding the many opportunities given to him to integrate harmoniously with the team, Senator Isidore has persisted with behaviour that are contrary to the party's firm commitment to truth, togetherness and effective team work for the good governance of Dominica."

According to Basil, the decision of the National Executive Committee on the recommended withdrawal of Senator Isidore as the UWP candidate for the Mahaut constituency and other matters which will include the final ratification for all candidates already declared will be presented for ratification to the next meeting of the UWP General Council, the highest decision making body between annual conventions.

Meantime, Isidore says he will respond to the allegations leveled at him saying: "I have to take my time before I respond, because my reputation, integrity and character have been placed into sharp focus."

There are allegations that Isidore has not reconciled differences with the party since he lost the election, to be the political leader, to Lennox Linton and the relationships between Linton, party-founder Edison James and Isidore are strained.

Isidore describes this allegation as "hogwash" and "asinine."