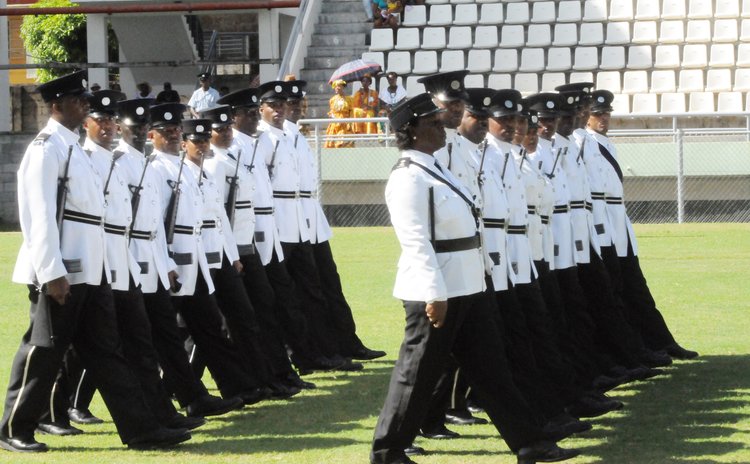 Before getting into the business of the day which was the continuing trial of alleged unlawful sex and buggery Justice Thomas stated that one should give one his flowers while it could still be appreciated.

He described Claude Weekes performance at the Independence Day Military Parade at the Windsor Sports Stadium as exemplary.

"It was picture perfect. It exemplified the way a soldier or police officer ought to position the body," Justice Thomas said.

Commenting on precision drills, Judge Thomas said he had been to many jurisdictions and never seen anything like it anywhere. He noted last year's parade during which the parade which comprised of police officers, prison officers, fire & ambulance service staff and the Cadet Corps put down their rifles, went about their drills only to a drum beat, and then return to their positions without missing a beat.

The assembled jurors in the gallery applauded their appreciation to the sentiments of Judge Thomas.

Meanwhile, a jury of seven women and two men found the north eastern man guilty of buggery, unlawful sexual intercourse and indecent assault on a girl aged eight years between January 1 and August 29, 2013. The sex offender will return to the Roseau High Court to be sentenced on Friday December 11.