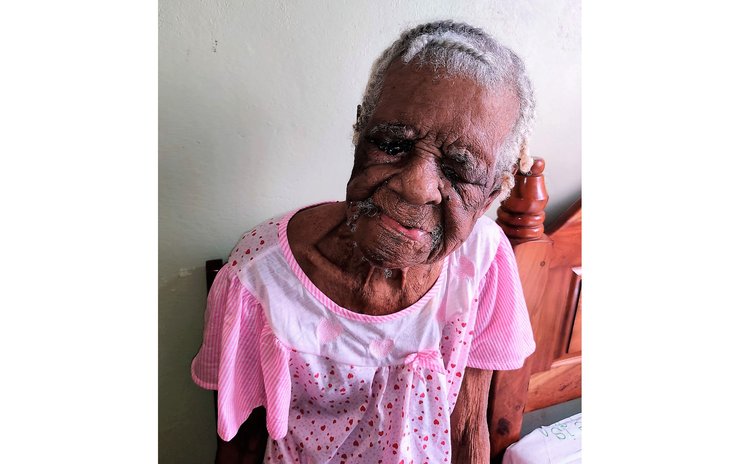 Things started on a rather sad note this week as the nation learned of the passing of yet another gem.

Topping this week's recap is Centenarian Andrea Valerie from Portsmouth who was born on December 15, 1915, and passed away on May 24, 2021.

The loss of the 105-year-old now takes Dominica's total number of centenarians to 25.

Dominica's sole electricity company DOMLEC on Wednesday, May 26th, 2021, issued a notice on its Facebook page and other platforms, to its Pay-As-You-Go (PAUG) customers informing them that due to recent works being undertaken by the company, this has led to an interruption of daily usage being applied to all accounts. This resulted in accumulated charges that would have led to higher than usual estimated daily usage averages.

The note further stated once daily charges have resumed those figures will normalize. Because of this, PAUG customers were advised to top-up sufficiently as soon as possible to clear those arrears and avoid any inconvenience.

In response to this, the Independent Regulatory Commission(IRC) highlighting the mandate provided by the Electricity Supply Act (ESA) 2006, No. 10 of 2006, Part III, Sections 19, 20 (1) (e) and 21(1)(e), (f) stepped in and ordered that the company withdrew all of the notices with immediate effect until a proper internal review and determination is made on how better to proceed by allowing customers to comfortably pay any arrears or accumulated charges in a manner that is satisfactory and reasonable, both to the IRC and the PAUG customers.

According to the Ministry of Education, this year, the exam returned to its original format with four papers being assessed over two days.

Still, on the education scene, the Caribbean Examinations Council (CXC) has decided to defer this year's exams by two weeks.

Explaining, Dominica's education Minister Octavia Alfred, cited low preparedness both academically and psychologically among students as the primary cause.

Finally, Cardiologists Dr. Dexi Wu from the Chinese Medical Team and Dr. Rachel Andrew, a Dominican, made history when they successfully implanted the first temporary pacemaker to resuscitate the life of a critically ill patient who suffered severe bradycardia (very low heart rate).

The patient was admitted to the Accident and Emergency Department of the Dominica-China Friendship Hospital on May 7, 2021, with a condition diagnosed as an acute myocardial infarction (heart attack) and complete atrioventricular block.

Her condition was assessed as life-threatening and a decision was taken by the cardiology team to implant the temporary pacemaker to restore her heartbeat to normalcy. The surgical procedure was a resounding success with the patient stabilized and resting comfortably in the new Intensive Care Unit at the hospital.

Arrangements are currently being finalized for the transfer of the patient to an overseas facility for a higher level of invasive cardiac intervention not currently available at the hospital.