Brancker "Brakes" John becomes a Catholic priest. The former calypsonian and politician was ordained on Saturday in Colihaut 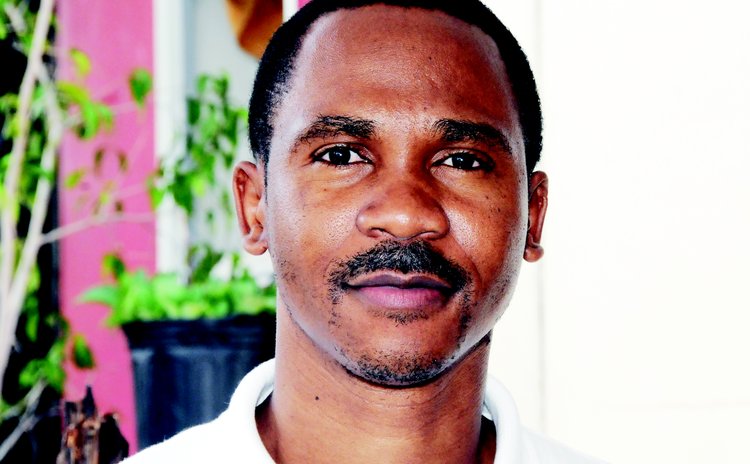 Dominican Catholics had another reason to celebrate last Saturday when Brancker "Brakes" John, a former community worker, calypsonian and politician was ordained to the Catholic priesthood. He is the second priest to be ordained here in a month. Just about three weeks ago, Elton John Letang was ordained to the priesthood at a Eucharistic celebration held at Our Lady of Fatima Church in Newtown.

In an historic event in Colihaut, His Lordship Gabriel Malzaire, Bishop of Roseau, in the company of clergy of the diocese conferred the Sacrament of Holy Orders on Father Brancker John before religious, family and friends on Saturday June 29, 2013.

But the environment for that seed to be planted was created long before, by Fr Brancker John's grandmother. She died a few years ago, but she was a very staunch Catholic and very prayerful woman.

John left high school in 1989 at 15 and worked for 18 months with the Fisheries Division as a data collector; he was also employed with the Local Government Department in 1992 as a community development assistant; in 1999 he became a member of parliament.

He then entered parliament in 1999 on the invitation of then Prime Minister Edison James and contested the seat in Colihaut in 2000 and lost.

Then that seed, which was planted in 1989, and was watered by the Lord, was allowed to germinate in silence. John left Dominica in March 2000 after the general elections. He had lost at the polls and lost the calypso crown, which he tried to defend as the reigning monarch in 2000.

"I went to New York and things changed, and my life was much more silent," he said.

In the US, the idea was to go to school and study economics and hopefully to come back to Dominica, but in the process, in the silence "I guess the Lord had other plans," he said.

On December 4, 2005 John finally came to the conclusion that the best way to discern whether or not he was called to the priesthood was to go to the seminary.

"Believe it or not, a man cannot discern the call to the priesthood in his house. You can't stay at your house and discern whether you are called to the priesthood. The best way to do that is to enter the seminary, which is the seedbed of vocations to the priesthood, that is the place where seminarians get up in the mornings, pray, go to mass every day, go to classes and think about whether this is the life the Lord is calling me to," he said.

"Bishop Malzaire graciously and very generously accepted my application to enter the seminary in 2006 when I applied," he said.

So last Saturday that phase to the priesthood for Fr Brancker John ended, and the ministry began.