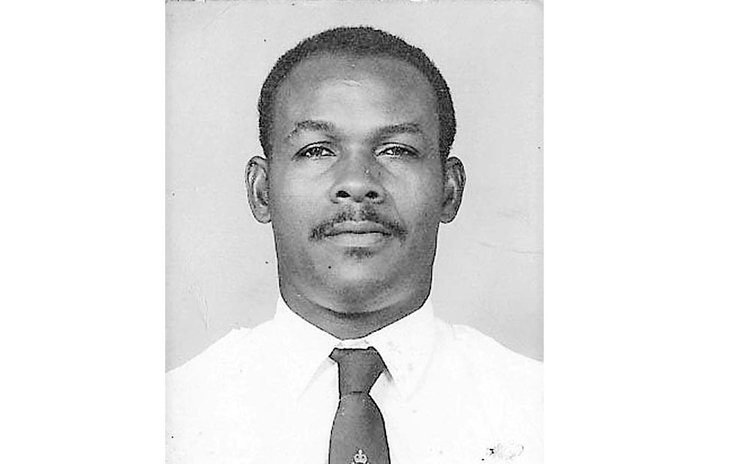 Newman Collins, who died on 20th April 2021 and was interred at the St. Joseph Catholic Cemetery on 11 May, was a hero to not only his son but to many others that he met along the journey of his long life. He was 83.

To Asquith, his son, Newman, a retired Deputy Comptroller of Customs, was much more than a dedicated public servant.

"If I close my eyes I can still see you at Carholme at sunset, planting your shovel into the ground, hat in one hand, wiping sweat from your brows with a look of humble contentment on your face," wrote Asquith in a tribute to his father.

Asquith said his father always counseled him to: "Leave the world a better place than the one you met" and apparently the elder Collins made the intended impression on young Collins.

"I promise to put my best foot forward in everything I do. I hope I make you proud," Asquith wrote.

Newman Collins was not only a successful banana farmer, in that era when banana was king, but he was also the treasurer and active member of Nature Island Taxi Association (NITA) and owner of a supermarket.

"I don't know where you found the time," Asquith wrote of his late father's industriousness. "Things were never easy: the supermarket burned down; the tourism industry fluctuated, constantly; the banana industry declined. With every adversity, you would shrug and say something like: "all that's part of it" and move forward".

"Newman loved three things: family, draughts and Carholme," said Helenia Darroux, his companion, Asquith's Mom and one who suffered most through Newman's dementia during the few months before he died.

"Going to Carholme every day was a form of therapy for him; he used to tell me he could live there. He enjoyed planting, observing, and caring for whatever he planted until harvest," she wrote. "Dementia changed everything for him and his beloved Carholme. He would wake up - sometimes in the night - looking for his boots, or saying he has a van load of yams/dasheen to take to someone".

"Towards the end, he did not recognise either Asquith or me; I think this was what was most hurtful dealing with this dreadful disease," she said. "The disease, dementia, is what took him away from us. After hip surgery in March 2021, he was recovering well. When he passed I said to our son, "Squithy, Daddy left us." He replied, "Mammy, Daddy left us a long time ago."

For his nieces and nephews, "Uncle Collins" was the apple of their eyes, their year–round Santa Claus, their joker who made them laugh until they cried, their chef who cooked them open-air "jot" at Carholme.

"We reveled in the enjoyment of spending time with Uncle Collins. We looked forward to his visits, or if luckier still, trips with him to the countryside, or to his store. He showed up for us throughout our lives," said nieces and nephew Dee Dee, Rowena, Wenmouth and Brunette.

They said Newman was "born of a strong stalwart woman, he had two brothers from Louisa Joseph née Riviere, one of whom we called Dad, Evander Joseph".

But that was the other side of the Newman-Collins-coin, the side that not many saw, especially at Customs.

"You were a strict, stern, brave, and sometimes intimidating figure, no non-sense person, and I am not surprised that some people misunderstood you; but there was a soft and warm side to you that not many experienced like I did," wrote former colleague Claudine Philbert-Roberts. "During my tenure as your secretary, you imparted such knowledge that it is just too much to put on paper, you tested my capabilities, professionalism, and confidence in many ways".

Collins worked at the Customs department for 35 years.

"Some of us were lucky enough to have worked with Mr. Collins and got a chance to visualize his remarkable personality, which will forever last in our memories," said Roderick Deschamps, the current Comptroller of Customs.