Wesley police officers working in mould infested station: "They have the gold. We have the mould" 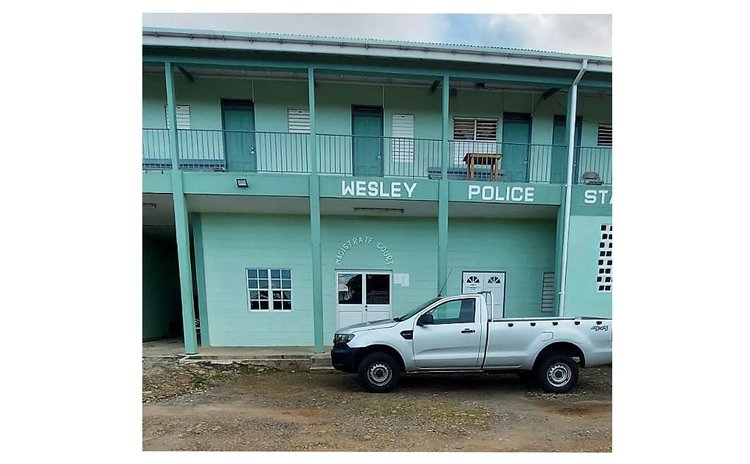 Police officers attached to the Wesley Police Station say they are aggrieved over hazardous working conditions and the inaction of the police administration to address their concerns.

For the past two months, officers have been complaining of a mould infestation at the station which has resulted in one officer having to take sick leave as he suffered from a chronic cough as a result of the mould.

Frustrated over the lack of attention given to the situation by the Police administration, one officer reported his gripe to The Sun Newspaper.

"We need to come out of that building immediately. The police administration was informed of the problem from the beginning and they said it could have been the officer who brought the mould from another station. But this station was uncovered for a while after Hurricane Maria so no one knows how long this has been here but regardless they need to get this situation under control," the officer, who requested anonymity, said.

According to the officer, their concerns are falling on deaf ears and police officers attached to the Station will be forced to take further actions if their issue is not remedied.

"We spoke to the exterminator and he told us that long ago he has been making recommendations to the police administration but they have been complaining about the cost attached to rectifying this matter. They have the gold and we have the mould so these people don't care. It is only when we shut down the station and refuse to work I think our matter will be taken seriously."

Another major concern for the officer is not only the spread of the mould in the station but the transmission of the mould to their respective homes.

"Right now they said only one room is affected but that can change at any moment. The other thing is, we can carry that at our home and no one is thinking about our family or children or who will be affected in all of this. One officer on sick leave now but soon it might be all the officers in the station," he said.

Several attempts made to speak to the police administration regarding this matter proved futile. The Sun Newspaper was, however, successful in obtaining comments on the situation from the President of the Police Welfare Association, Corporal Jefferson Drigo.

"Well, it is a cause for concern the issue of the mould at the Wesley Police Station. We are in the process of rectifying the problem and we are working hand-in-hand with the police administration to get to the bottom of it," he said.

Drigo added, "...there is an officer on sick leave with regards to the mould and it's unfortunate that it had to reach that stage."

He said the police administration has given the assurance that the affected areas of the building will be sanitized and a temporary relocation is being sought for the officers.