Wesley truckers get a piece of international airport pie 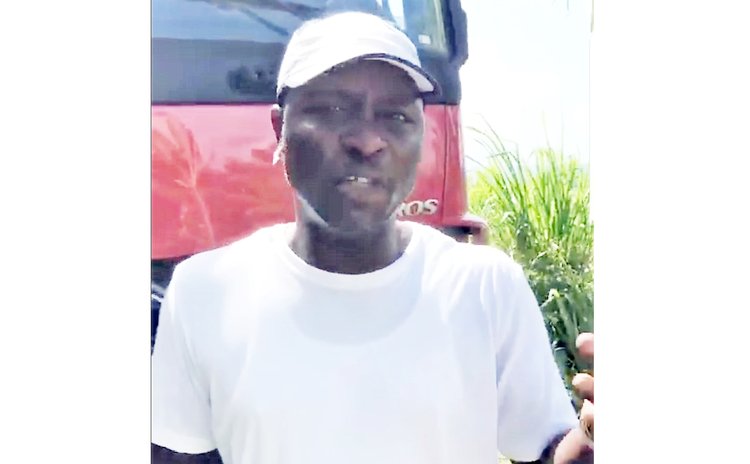 Truckers in the community of Wesley are now satisfied that they too have gotten a piece of the pie, employment on the development of the international airport, following a brief yet effective protest.

On the morning of June 22, 2021, trucker drivers in that northeastern community gathered near the construction site of the new resettlement, the direct cause of the ire, lack of employment.

"Months now since this project started and I was one of the first to go to the contractors to speak on behalf of the truckers in Wesley and Marigot and it's been a run-around," protest organiser and trucker Vaughn Dodds said.

He stated it was unfair that trucker operators from different parts of the island were gainfully employed in their community whilst they were deprived of the same opportunities.

"We seeing truckers from different areas in Dominica making five and six trips a day in Wesley and we have truckers here but we cannot get not one trip, that's crazy."

He revealed that they had already conveyed their concerns to the Parliamentary Representative for the Wesley constituency, Fidel Grant who promised an amicable solution but such was not forthcoming.

Dodds added that on the day in question, their impromptu protest action was as a result of a trip by the Wesley truckers being called off en route while truckers from other parts of the country were allowed to work on the same day. As such, he insisted that their action was justified and promised that, "until our message is heard, this will not end."

By midday, as support grew around the protest, it appeared that the message was heard loud and clear as they received word from the contractors that their services were engaged with immediate effect.

Though the agreement was verbal, Dodds stated he had full faith in the government and contractors to make good on their promise to provide further employment for the Wesley truckers during the project.

"The roads were unlocked as we reached an agreement on the matter. But I can tell you that no other trucker will work on the project in the Wesley area if the Wesley truckers are not involved," he said.

Though many criticized their action, Dodds said, Wesley residents' have made many sacrifices in a short space all for the development of Dominica. Hence he is of the view that any opportunity in that area should be presented first to the residents.

"Some may say that our action was not called for but if we don't stand up for ourselves now later on people will say we did not do anything to help ourselves. We have to survive, we have families to take care of and we the people of Wesley deserve employment on projects in our community."