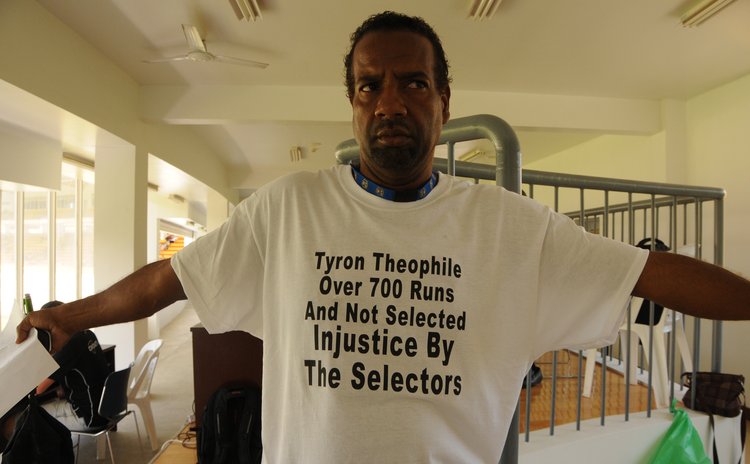 Undoubtedly, Dominican fans who were looking forward to a glorious game of cricket on Saturday and Sunday at the sunny, picturesque Windsor Park, were disappointed that the First Test Match of the Australia tour of the West Indies ended on Friday, Day Three. West Indies lost by nine wickets.

A collapse of 7-35 in the final session negated a determined showing from veteran Marlon Samuels and 23-year-old debutant Shane Dowrich. The two defied the Australian bowlers for nearly 50 overs in a productive partnership that ensured that the Australians batted twice and helped the Windies avoid an innings defeat.

But as usual the West Indies middle and lower order folded like cards in the wind as they did in the first innings when the team scored just 148.

Being forthright at the post match press conference, West Indies captain Denesh Ramdin said experienced batsman Marlon Samuels' shot-selection was probably the cause for the collapse.

"That was a bad shot, a bad time," Ramdin said. "We lost a wicket in the over before and he got sucked into that short ball again. Hopefully he cannot let it happen in the near future."

Whether the selection of Dominican batsman Tyrone Theophile and Shivnarine Chanderpaul, whom the selectors had left out from the team, would have made a difference, no one knows. But Ramdin suggests that West Indians should not dwell too much on the past as the team focuses on redeeming themselves in Jamaica where the teams play the second Test begining on Thursday.

"His decision was made and we have to just move on with it," Ramdin said. "His experience is countless but we have to move on. We'll try to take the positives out of this game and move forward. They're a good unit and we need to play a lot more tougher cricket.

"When we're in positions of strength we need to carry that on. That partnership with Marlon and young Dowrich, they could have taken it to probably 200-plus. It has been a very difficult pitch to start, but guys who got starts went on. Adam Voges got a start and made a big hundred for his team.

"If he (Dowrich) could have gone on to get a hundred today it would have been brilliant. It's something he can learn from. He has stood up against one of the best bowling lineups in the world."

Satisfying as the win must have been to the Australians, captain Michael Clarke said at the post-match press conference that he expects improvement from his team in Jamaica.

"It's a good start," Clarke said. "It's obviously very pleasing, but it's a start. Let's not get carried away. I think individuals will look at their own games and see where they can improve and obviously shot selection is an area where we can be more disciplined and selective with".

Clarke believes his bowlers need to learn from their performances in the first innings.

"And I guess our execution with the brand new ball, especially in the first innings, the first hour we probably weren't as disciplined as we would have liked," Clarke said.

As disappointed as the West Indies team was during the first three days of the match, there were a few excellent performances. Leg spinner Devendra Bishoo helped get the Australians in trouble at 6-126 in their first innings, still 28 runs behind the West Indies total of 148. Bishoo ended the match with 6 for 80 including a wonder-ball that completely bamboozled wicketkeeper batsman Brad Haddin.

Man of the Match: Adam Voges