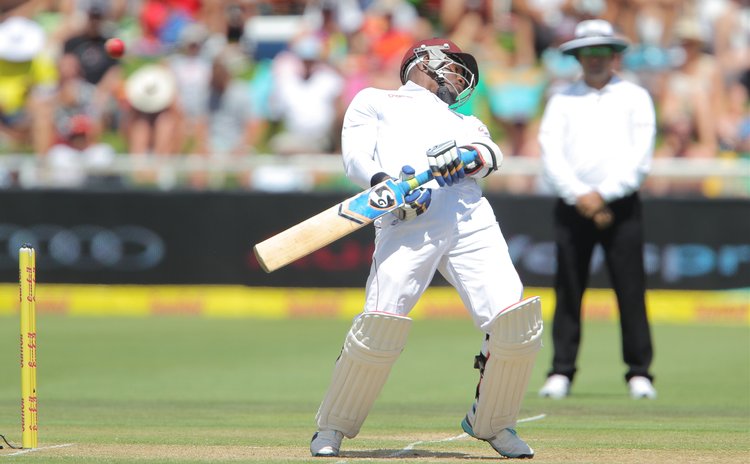 CAPE TOWN, South Africa – West Indies batted all day to register 276-6 against South Africa on the opening day of the third Test match at Newlands, Cape Town on Friday.

Left-hander Leon Johnson has so far top scored with stroke-filled 54 with nine fours off 84 balls. Skipper Denesh Ramdin made a fighting 53 – from 103 balls with six boundaries.

Opener Devon Smith made 47 at the top of the order while the experienced Marlon Samuels made 43, to follow up his 101 in Port Elizabeth in the second match.

Jermaine Blackwood will resume on Saturday on 45 not out and with him allrounder Jason Holder on five not out.

Blackwood and Ramdin added 94 for the sixth wicket to lead a recovery after the Windies slumped to 172-5.

Johnson said, overall the West Indies were satisfied, after winning the toss and deciding to bat, but acknowledged the batsmen need to convert their solid starts into bigger scores.

"We've showed some kind of fight today that we have been talking about. 276 for the loss of six, maybe one or two wickets too many but we've very happy with the position we are in today," Johnson said to the press at the end of the day's play. "Batting was, I wouldn't say difficult, it was a bit challenging. Dale was in the middle of good spell, so it was a bit challenging just before the lunch interval."