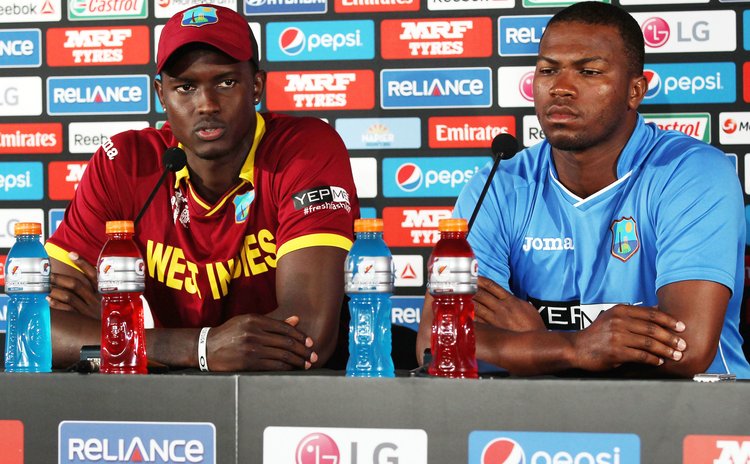 Jason Holder and Johnson Charles at the post-match press conference

The 23-year-old took 4-27 to win the Man-of-the-Match award – the third four-wicket haul of his career. West Indies bowled out UAE for 175 and won by six wickets with 117 balls to spare. They finished fourth in Pool B to qualify for the quarter-finals.

Holder was well supported by new ball partner Jerome Taylor who took 3-36 – to move to 14 wickets – the fifth most in the tournament. Andre Russell (2-20) bowled with good pace and accuracy.

In the second half, Johnson Charles led the run chase with a half-century in his first match of the tournament. He topscord with 55 off 40 balls with nine fours and two sixes. Left-hander Jonathan Carter (50 not out) also played well to record the first half-century of his career.