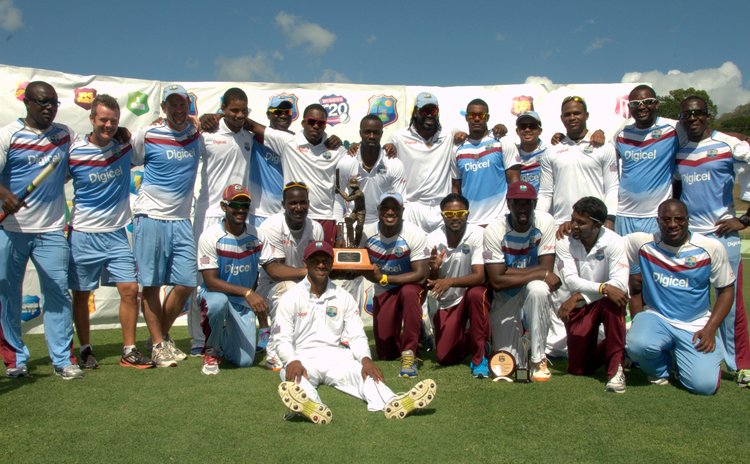 The following are specific areas of the key principles relevant to West Indies Cricket:

International cricket based on meritocracy

ICC key principle: "All Members to play all formats of cricket (Test, ODI & T20I) on merit, with participation based on meritocracy; no immunity to any country, and no change to membership status."

• West Indies is in no imminent danger of losing Test status or being relegated. Relegation will only affect the 9th and 10th placed teams.

(i) "Recognition of the need for strong leadership of the ICC, involving leading Members, which will involve Board of Control for Cricket in India taking a central leadership responsibility."

(ii) "The establishment of an Executive Committee (ExCo) and Financial & Commercial Affairs Committee (F&CA) to provide leadership at an operational level, with five members, including BCCI, CA and ECB representatives. Anybody from within the Board can be elected to Chair the Board and anybody from within ExCo and F&CA can be elected to Chair those Committees."

• WICB remains a Full Member of the ICC with all governance rights as all other Full Members.

•West Indians eligible to being elected to the Presidency, Vice Presidency and Chairmanship of the ICC.

• WICB eligible for inclusion in and chairmanship of ExCo.

•WICB President Whycliffe 'Dave' Cameron is a member of the F&CA Committee. WICB eligible for chairmanship of F&CA.

• West Indians not in any way excluded from membership or chairmanship of any committee of the ICC.

ICC Key principle: "Mutually agreed bi-lateral Future Tours Programmes Agreements which will be legally binding and bankable and will run for the same period as the ICC commercial rights cycle (2015-2023)."

• Benefit to West Indies cricket as per proposed ftp formula: Through initial discussions the BCCI, ECB and CA have all committed to increased tours to the West Indies over the next eight year cycle (2015-2023). This is in addition to the India, England and Australia tours which are currently on the existing FTP.

• Benefit to West Indies cricket as per proposed ftp formula: As per the new proposed system the West Indies will have no inflexible obligations to host tours during the height of the hurricane season.

• Constraint to West Indies cricket as per existing ftp formula: The WICB will not be bound by any obligation to host unprofitable tours (which is what obtains under the current FTP system). All tours will be determined on the basis of bilateral negotiations between host and visiting boards.

ICC key principle: "A need to recognise the varying contribution of Full Members to the value of ICC events through the payment of 'contribution costs

• Annual Test Match Fund which is specifically to support Full Members other than India, England and Australia. This will allow the WICB a financial buffer in the hosting of Test cricket against unprofitable teams.

•Tours of India, England and Australia to the West Indies are the most commercially viable for the WICB and a system of bi-lateral agreements for tours and series will allow the WICB greater opportunity to enhance its financial position to the benefit of West Indies cricket.

•Increased WICB revenue through ICC revenue sharing system will allow the WICB to realistically examine the possibility of a menu of initiatives and expansions which include but are not limited to expanded regional cricket season, player development, expanded regional cricket season, expanded West Indies A Team programme, match officials and umpires development and pitch preparation among other areas