West Indies struggle to save Third Test in Roseau 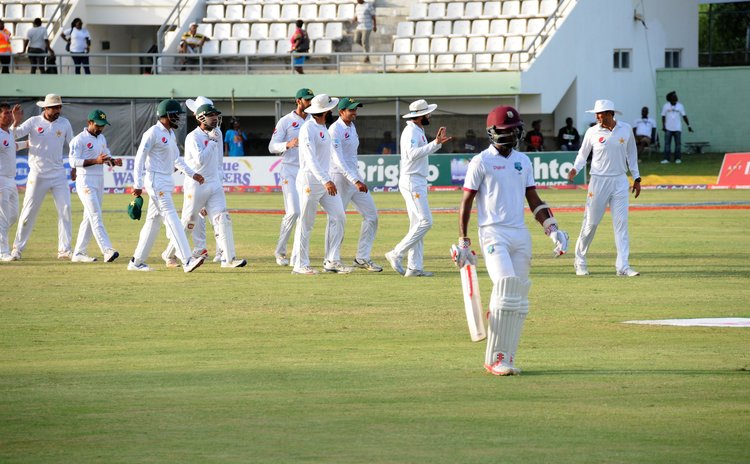 End of play on the 4th Day of the Third Test

It will take almost a miracle for the West Indies to save the third Test at the Windsor Park today or even to earn a draw.

The West Indies begin the fifth and final day today with one wicket down chasing a total of more than 300 to win, a tough task even on a friendly wicket against a team without world class spinners.

But the Dominican crowd will continue its support of the regional team, like it did for every wicket that the Windies took in the Pakistan innings yesterday.

West Indies lost opener Kieran Powell in the final over, following a rearguard from Yasir Shah and Muhammad Amir that left the hosts to chase 304 for victory over Pakistan in the decisive third and final Test of the Brighto Paints presents the Q Mobile Cup Series.

Powell playing defensively forward to leg-spinner Yasir Shah was caught at silly mid-off for four, as the Windies reached seven for one in their second innings at the close on the penultimate day of the contest at Windsor Park.

West Indies, trailing by 129, after they were bowled out for 218 in their first innings, had reduced Pakistan to 90 for seven, but a 61-run, eighth-wicket stand between Yasir and Amir allowed the visitors the luxury of a second innings declaration five minutes before the regularly scheduled close on 174 for eight.