What about the AMP? 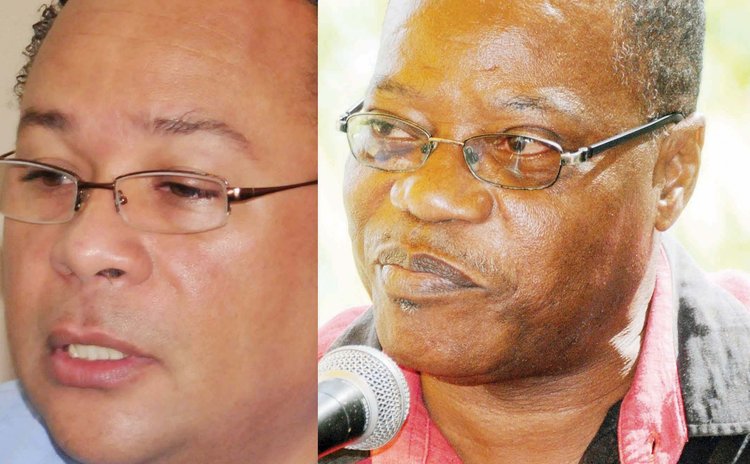 The Triple K Band Manager, Emile Depooter says he is disappointed by the lack of activity by Dominica's Association of Music Professionals (AMP).

However, AMP president McCarthy Marie asserts that the association is committed to its agenda and two important workshops are on its immediate to-do list.

According to the band manager, the AMP has been largely inactive in recent times and has not been holding regular meetings.

"Since after we tried to organise that concert for [Tropical Storm] Erika, we have had no meeting, no communication," he charged.

The concert of which he spoke was intended as a relief effort on the part of the private sector in the wake of TS Erika after Dominica cancelled the World Creole Music Festival.

"You would think that at times when people play the most music…that the AMP would want to meet before that to organise, [but] nothing at all has been done…" he said.

Against this backdrop, DePooter does not expect calls for unity within the local music industry to have much resonance.

"But if I manage a band…and I see that I can move forward with them and the other people that I am trying to unite with are not doing anything then I have to continue to move forward. . .

"I have to . . . take them to where they should be going. I guess we just have to continue to do that and work independently, which is unfortunate, rather than trying to do it together.

"We have tried. I encouraged the guys in the band to join the AMP and they did, but we do not see the real benefits…" DePooter said.

Noting that he does not like to be part of "stagnant" organisations, Depooter suggested that it might be the right time for an election at the AMP. He is looking for AMP leaders who are "more interested in taking the music from one level to the next instead of having the same set of people who are not moving at all…"

DePooter said musicians have not been able to come together and speak with one voice and this could be why local music has not gone as far as it should.

Meantime, AMP president McCarthy Marie acknowledged a hiatus in the association's formal activities since TS Erika because the members were busy.

Despite this, Marie said, the AMP remains focused on matters needing attention and has submitted a proposal to Prime Minister Roosevelt Skerrit for sponsorship of two crucial workshops.

This follows PM Skerrit's pledge at a stakeholders' meeting last year that Government would partner with those in the industry to push it forward via a $500,000 budgetary allocation. Marie said the PM contacted the AMP in January indicating his readiness to start and, as such, the project proposal was developed and submitted.

The proposal is for two workshops: one to develop songwriting skills and the other to give musicians tips and techniques on producing high-quality music.

"We think that the songwriting skills in Dominica are not competitive internationally . . . that is the whole point. To export music, the music must be competitive," Marie said.

A Swedish songwriter will provide the training in songwriting, he added, noting that songwriters from Sweden are internationally recognized as current leaders in the field.

Marie explained that the second workshop by a Canadian engineer and studio producer would help to raise the quality of local recordings to the standard required by international radio stations.

The projects will get underway once the Prime Minister gives the go-ahead and releases the funds. Marie pointed out that AMP has held workshops on key aspects of the music industry over the years.

He noted that AMP was registered in 2008 and what it has accomplished has been largely through his efforts and those of Bobb.