What are you doing on 25th September, World Rivers Day? 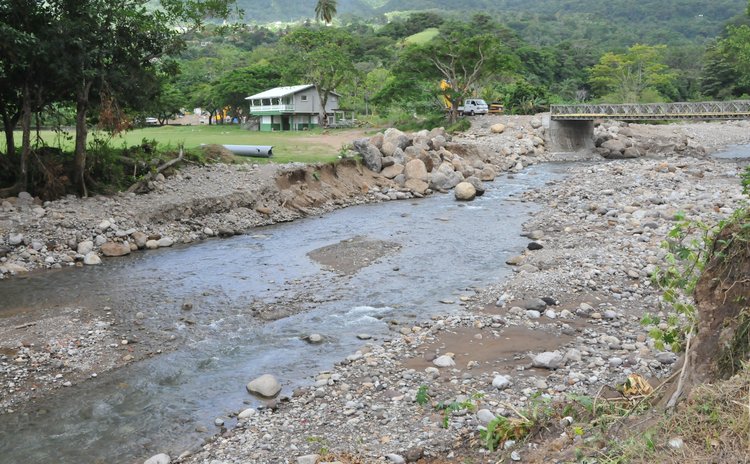 A river after TS Erika

On 25 September 2016 Dominica is expected to join the rest of the world in observing World Rivers Day (WRD). But given the importance of rivers to the very existence of our tourism sector and our Dominican way of life in general, we wonder whether our words above should not have been reversed viz: on 25th September the rest of the world will be joining Dominica in observing World Rivers Day. In other words, Dominica should be leading the way in celebrating, utilizing and preserving rivers and waterways. WRD then should be one of the most important days on the island's calendar.

As we have said on numerous occasions it is bizarre that Dominica has taken such a lackadaisical approach to the protecting and preserving of our rivers and embracing the opportunities that the international community offers to raise awareness of the status of rivers.

The fact is all our rivers are dying or already dead-all 365 (real or imagined) of them- and it appears that our government and its citizens couldn't care less. For instance, WRD 2016 is to be held in two weeks but there appears to be no plans, no pronouncements, urging people to observe that important occasion. Nevertheless, rivers, lakes and waterfalls mean so much to our existence; these are the "gifts so rich and rare", that our national anthem mentions.

That our rivers are dying right before our very eyes is undisputable; but what is perplexing is that we say and do so very little as we, almost sadistically, watch them slowly die away. Our government, the ministries of education, tourism and forestry in particular and the private sector institutions such as DOWASCO and DOMLEC should be ashamed of themselves because they should be leading the way towards raising awareness of the state of Dominica's rivers.

In addition, Prime Minister Roosevelt Skerrit, the country's minister of finance must look beyond the building of resorts. He should be using some of the finance derived from the Citizenship by Investment Programme to fund research and development programmes aimed at saving our rivers. Without rivers Dominica will become a wasteland and resorts will become giant white elephants. Unless the people we expect to live in these resorts have something to see and admire, like "our gift so rich and rare", they will not come to Dominica. People do not travel to countries just to live in resorts; they come to admire and enjoy nature, partake in our music and dance and enjoy our cusine.

World Rivers Day is an annual celebration of the world's waterways with people around the globe taking part in local events such as paddle tours, nature walks, tree plantings, river clean-ups and community festivals.

As we reiterate year after year in our editorials in the SUN, Dominica's rivers face a number of challenges such as pollution, deforestation and urbanization. But the greatest threat to our rivers is neglect. We behave as if our rivers have been here for centuries and they will be here for centuries to come. Believe it or not, in Dominica there is no organisation or ministry of government that is mandated to care, clean, manage and protect our rivers. They all flow gentle and quietly to the sea and no one cares that the flow may stop. Someone commented last week that he would be surprised if there is a trickle of water left in the Roseau River by 2050 given the pace at which the water level in that river is decreasing. We totally agree with that prediction.

Another direct and far-reaching threat to our rivers is the phenomenon of climate change. We had a front seat view of the impact of climate change on 27 August 2015 when Tropical Storm Erika dumped 10 inches of rain on the island within six hours and even quiet streams became raging monsters that swept away people, places and things. Even last week what appeared to be a relatively mild tropical wave crippled DOWASCO's water system for almost five days in many areas including the city and its environs.

There is no longer any doubt that the world's climate is changing and that we live in a period of increasing and severe droughts, super storms like TS Erika, rising ocean levels and water shortages.

As the phenomenon of climate change progresses, it will continue to have a negative impact on our water resources. In fact many of our rivers and streams are already changing. If these trends continue and worsen, there will be serious effects on every aspect of Dominican life. But in no way should we appear to be helpless or laissez-faire. .