What on earth is going on in Guyana? 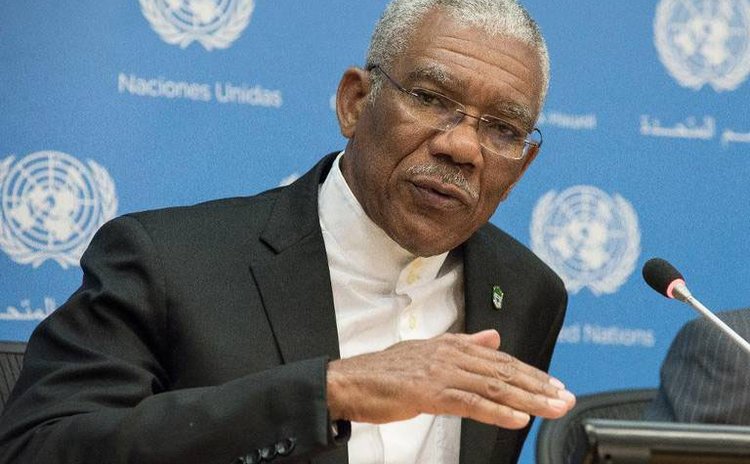 A full four and a half months after Guyana's March 2, 2020 national election, no winner has been declared and the country remains in the throes of its deepest political crisis. The impasse has deepened ethnic divisions, exacerbated social tensions and frustrated the entire world.

Guyana was catapulted to global significance by the discovery of eight billion barrels of recoverable oil found on the nation's offshore by ExxonMobil and its partners Hess and CNOOC since 2015.

These finds elevated Guyana's geopolitical strategic importance to an unprecedented level and also raised the stakes for the country's March elections. But the hotly disputed elections quickly degenerated into prolonged political drama. In the first place, the election was long overdue. The Coalition lost a No Confidence Motion since December 2018, but never left office because of the unpreparedness and lethargy of the Guyana Elections Commission (GECOM) and a series of clever legal maneuvers.

The initial vote count in the long-awaited elections produced a controversial March 13 report by the Chief Elections Officer (CEO) Keith Lowenfield indicating victory for the APNU+AFC. However, all local and international observer missions accused Clairmont Mingo— Returning Officer for Guyana's most populous electoral district, Region Four— of fraudulently skewing the count to favour the Coalition. Mingo abandoned comparison of the Statements of Poll and moved to a spreadsheet that had figures different from the Opposition parties and accredited international and local observers.

Head of the Organisation of American States (OAS) Observer Mission to Guyana's March elections and former Prime Minister of Jamaica Golding said, "I have never seen a more transparent effort to alter the results of an election…" All other accredited observers agreed.

In this scenario, President David Granger leader and Opposition leader Bharrat Jagdeo agreed to a recount of all votes cast in the elections under the scrutiny of a high-level CARICOM team. Instead of bringing closure, this propelled an elections saga of epic proportions.

After an unsuccessful court challenge, the recount got underway and was completed on June 9, but the Coalition only permitted international observers from CARICOM and the OAS citing concerns about the pandemic. From the start, the APNU+AFC insisted that the recounting ballots alone would not guarantee credible elections results and claimed to have found irregularities and discrepancies such as votes recorded for dead persons and migrants, and documents missing from ballot boxes. If there was a single claimed discrepancy, the party rejected a ballot box as tainted.

Persons came forward to say that they were actually alive or were in the country at the time of the elections. Others pointed out that the names of dead relatives who were supposed to have voted were not on the voters list.

Final recount figures indicated a clear victory by the PPP, and the CARICOM observer team concluded that "the recount results are acceptable and should constitute the basis of the declaration of the results of the March 2, 2020 elections". This report was rejected by the Coalition, and when GECOM's CEO was instructed to prepare a report based on the recount results, he issued a report that discarded over 115,000 votes and purportedly awarded victory to APNU+AFC, claiming he could not verify the votes the party claimed were tainted.

When GECOM rejected his report and instructed him to use the recount results, the Coalition challenged the decision in the Court of Appeal (CoA). After what he perceived as a favourable decision by the CoA, the CEO submitted another report again discarding votes and giving victory to the Coalition. The Opposition parties appealed successfully to the Caribbean Court of Justice (CCJ), but even before the court gave its ruling, the CEO went ahead and issued yet another report giving APNU+AFC victory.

The figures in each of the reports were different. The CCJ upheld the appeal by the Opposition on July 8, and gave a ruling, ostensibly indicating that GECOM must instruct the CEO to prepare a report on the basis of the recount results and then proceed to declare the elections results. However, the CEO repeatedly failed to submit his report as instructed by the GECOM Chair, retired Justice Claudette Singh.

A new legal action, brought by Coalition supporter Misenga Jones contends that GECOM can only make a declaration from the report submitted by the CEO and neither the Chair nor the Commission can dictate to him what his report should contain. She claims further that the recount was unlawful and any information gleaned from the process was null and void and further, that GECOM is legally constrained to declare the elections results giving APNU+AFC on the basis of the first controversial March 13 report by the CEO, which had prompted the recount in the first place.

Local and international elections Observer Missions, CARICOM, the powerful Western 'ABCE' nations, the United Nations, the Commonwealth, the Organization of American States and other members of the international community have all pronounced with one voice that, based on their observations, the Opposition PPP should be declared winner of the elections.

CARICOM Chairman, St. Vincent and the Grenadines Prime Minister Ralph Gonsalves said the Community will hold a special Heads of Government meeting this week to discuss the Guyana problem "A rogue clique within Guyana cannot be allowed to disrespect or disregard, with impunity, the clear, unambiguous ruling of the CCJ…" he warned.

Dominica's Prime Minister Roosevelt Skerrit, who was among five CARICOM leaders who had visited Guyana in a bid to resolve the dispute said, "The CCJ has ruled on this matter…Our hope and prayer is that everyone in Guyana will do what is correct, what is right and to bring to an end, the announcement of the long awaited results."

United States (US) Secretary of State Mike Pompeo announced last week that the United States had instituted sanctions against unnamed individuals in Guyana who are "responsible for or complicit in undermining democracy in Guyana…immediate family members and such persons may also be subject to restriction". The sanctions include the revoking of visas of Coalition government officials.

Trinidad and Tobago's former Energy Minister Kevin Ramnarine said, "As we have seen with Venezuela, the United States' application of sanctions usually follows a gradual and incremental pattern. . .Should the US see no improvement in the situation in Guyana, the sanctions might be ramped up to include economic sanctions."

Meantime, the Coalition remains recalcitrant and combative with verbal assaults and insults sparing no one, including Barbados Prime Minister Mia Mottley, Prime Minister Ralph Gonsalves, CARICOM Secretary General Irwin LaRocque, Caribbean countries as a whole and representatives of all the ABCE countries.

Guyanese wait with bated breath as tensions continue to rise and civil unrest cast its shadows.