When there's no opposition 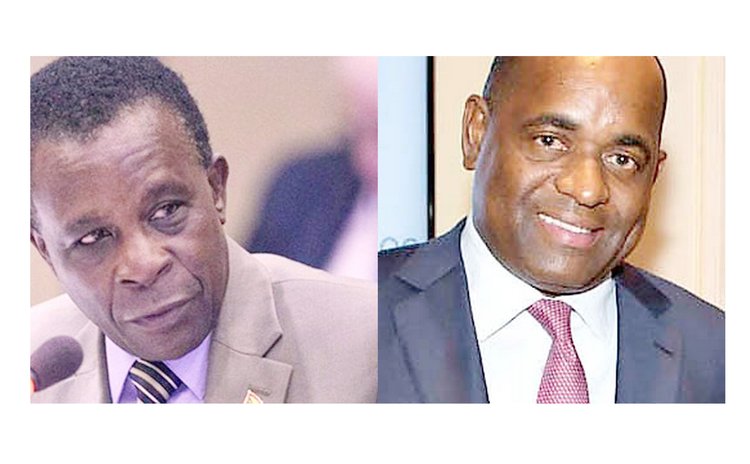 Roosevelt Skerrit, the Dominica Labour Party (DLP) leader and prime minister, has made no secret of his utter contempt for opposition forces.

The clearest indication yet came in a June 2018 speech in Portsmouth at which he made it clear where he stood on the importance of an opposition in the country's democracy.

"This foolishness - and Grenada and Barbados have taught us so - that it is foolishness to talk about you need an opposition," Skerrit told DLP supporters. "We don't need no opposition in Dominica."

These words were uttered three months after Dr. Keith Mitchell's New National Party had secured its second straight 15-0 sweep and its third in five elections in Grenada, and mere weeks after the Barbados Labour Party (BLP) under the leadership of Mia Mottley, had swept a weak and ineffective government from power with an historic 30-0 victory. Mottley has since repeated the feat, taking all 30 seats in the 19 January poll.

While Skerrit has been prevented by voters of Marigot, Salisbury and Roseau North from gaining a sweeping victory thus far, he has made no secret of his desire for total control of parliament.

This sort of rhetoric and his total disdain for the opposition have left the prime minister open to accusations of being a dictator. And as is the case in Barbados after the recent election, many worry about the consequences of a one-party parliament.

Keith Mitchell, the Grenadian prime minister, agrees there's reason to be concerned about the possible impact on democracy of such a sweeping result. However, he's also aware that a prime minister with dictatorial tendencies, will act as an autocrat, with or without all the seats. "I think it's a legitimate issue and concern for democratically minded individuals to be concerned of a balance in the power structure. Theoretically, that's realistic and understandable," the Grenadian prime minister said in an interview. "But don't forget, under our parliamentary system, even with an opposition, if you have a leadership that's intent and doing what it wants, it still does it, and we have seen that happen over the years. So, it boils down to the persons that you have given responsibility to lead. If I have a mindset of treating people as I wish, the authority is given by them to me, even if I have less than a full mandate, I am going to find ways to do it. And I will get people in the system compromised enough to do what I want done."

Mitchell could easily have been describing Skerrit, contend critics of the Dominican leader, who cite the lack of transparency in the sale of Dominican passports, the distribution of government contracts, selections to the top brass of the police force the emaciation of institutions such as the electoral and integrity in public office commissions, and the seemingly random construction of homes, as just some of the examples of Skerrit's autocratic actions.

"You know, all this money that has been spent on all these housing that has been put up, he has no parliamentary authority for it," observed Dr. Bernard Wiltshire, the British trained barrister and former attorney general. "There is no accounting at all for these monies . . . the power of the purse is controlled by the parliament, not by the executive. The executive proposes, but parliament must vote."

While the parliamentary team which Skerrit oversees does everything possible to "choke" opposition voices, including cutting the time the opposition leader had to respond to the budget presentation from two hours to 30 minutes and ignoring questions from opposition members, according to Danny Lugay, the member of parliament for Roseau North, the two leaders whom Skerrit seeks to emulate have both acted to give the opposition a voice in the legislature.

Mia Mottley, who in Hartley Henry shares a political strategist with Skerrit, introduced a bill in parliament last week to amend the country's constitution to give a political party with the second highest number of votes in a general election the opportunity to appoint two senators where there is no leader of the opposition. The other reduces the age of eligibility for the Senate and the House of Assembly from 21 to 18.

According to Mottley, the main opposition party has a role to play in governance, and even though they failed to win a single seat, they received support from Barbadians "and those citizens and residents have a right in a restructured parliament and in a restructured Barbados to have their voices heard."

And back in 2016, three years after securing his second clean sweep, Mitchel proposed a series of changes to the constitution, one of which would have guaranteed a leader of the opposition even if one party wins all the parliamentary seats. It was rejected by voters.

Accused of being a dictator in the early days of his premiership, Mitchell has since successfully shed this image by governing in an open, transparent and inclusive manner, he contended.

"Over the years, because of the way I have operated and governed, and because the way the government has operated, even with a total mandate, that label has not stuck," he said in the interview. "If you want to know a man or woman, the only time you can really judge that person, give them some power. That is when you get to see the true individual . . . So it's about the individual. So I think the responsibility is on those of us who have been given that sort of strong mandate from the people to demonstrate to them that it has not changed us, it has not caused us to abuse the power that we have, and that we respect people."