Where, in Heaven's name, is Sir Dennis Byron's report on electoral reform? 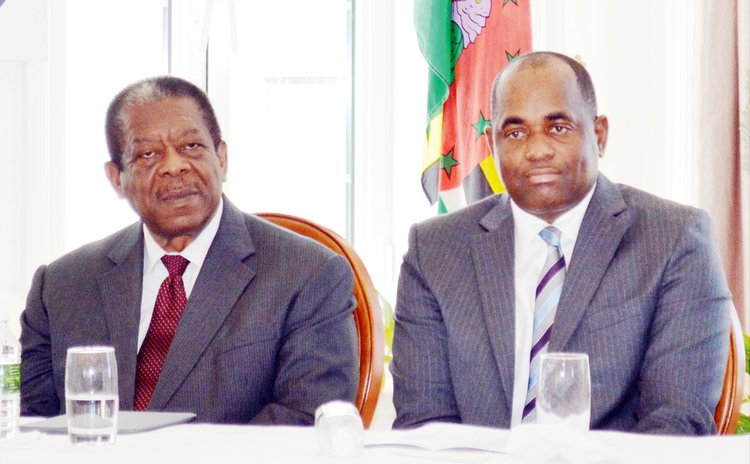 Impending political turmoil, like dark clouds, is gathering on the horizon as the ruling Dominica Labour Party (DLP) appears to be getting ready to call another snap general election, probably as early as December 2022.

Some of the signs of the calling of snap elections include Rayburn Blackmoore's recent taking over of St. Ann's fete in Mahaut; in Vieille Case, Roosevelt Skerrit repeated Blackmoore's move in that constituency.

But the trouble with early elections is that there is apparently very little time to implement electoral reform. And that lack of time, to implement reform basics such as voter identification cards and cleansing the voters' list, happened just before the 2019 general election.

Undoubtedly, there will be weeping and gnashing of teeth, unless of course, the Roosevelt Skerrit government is sure that its highly tuned propaganda machinery is in place and that the opposition remains too weak and too disorganized to prevent the government from getting away, again, with another general election without essential electoral reform.

That takes us to the issue of the Dominica Electoral Commission's loud silence over the delay in the release of the Sir Dennis Byron report.

Like most Dominicans, we have been anxiously, endlessly, and frustratingly waiting for the Byron report on electoral reform. But no one says anything, including Prime Minister Skerrit, who hired Sir Dennis and promised to take that report straight to parliament whenever he receives Byron's recommendations.

Firstly, the nation was told that Sir Dennis's one-man consultancy which cost Dominican taxpayers more than $450,000, would begin on 1st September 2020, that's almost two years ago.

Prime Minister Roosevelt Skerrit first announced the hiring of Sir Dennis at the swearing-in of his new cabinet in December 2019. That's more than three years ago.

At the beginning of March 2020 the prime minister revealed that the prominent jurist was "to make the first visit to Dominica in the month of March on an information-gathering exercise and once he comes into Dominica, he will be exposed to all the relevant stakeholders including the media."

However, the COVID 19 pandemic caused Dominica and all islands in the Caribbean to close their borders in an effort to slow down infection of the contagious virus.

Scope of work for Sir Dennis

So, there was no movement on the Sir Dennis project until 25 August 2020, when the cabinet met and approved his appointment "to examine the electoral process in Dominica", according to the minutes of the meeting signed on 1 September 2020 by Steve Ferrol, the then Cabinet Secretary.

In early October 2020, more than a month after the former chief justice of the Eastern Caribbean Supreme Court and the former president of the Caribbean Court of Justice (CCJ), was due to begin work, Skerrit announced on his personal radio talk show that he had asked the Organisation of the American States and the Commonwealth to "provide to us an expert from their organization" to work alongside Sir Dennis.

In the meantime, the Electoral Commission has not been an open book on the subject of the availability of the Sir Dennis Byron report.

In December 2021, Sir Dennis announced that there was another delay with the presentation of his recommendations for electoral reform. Though reporters from The SUN made attempts to get answers, that proved futile until the state-owned DBS Radio revealed that the process was taking Sir Byron longer than he had anticipated and that his report would not be ready by mid-December 2021, as previously promised.

Instead, he gave a new target date of January 2022. That date too came and went but there has been no report.

In our view, electoral reform should be important, and necessary, not only for the opposition parties that want to become the next government but also for the ruling Dominica Labour Party (DLP) who stand accused of manipulating and breaking, and abusing the rules that govern elections in Dominica.

If perception is indeed reality, the DLP government should remove that perception that the majority of citizens of Dominica are unhappy with the conduct of elections here and that the electoral playing field is absolutely uneven.

Even the Caribbean Court of Justice (CCJ) has warned of the problem for Dominica's democracy of holding elections without electoral reform.

So, where is the Sir Dennis Byron report?