Where is the Electoral Commission? 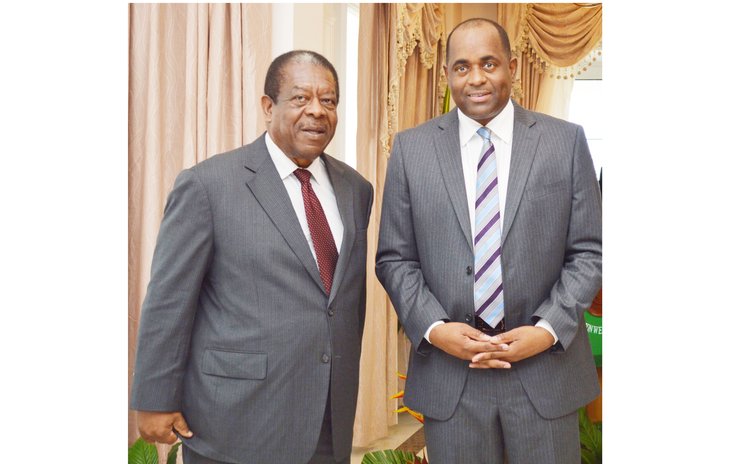 I am the host of Civic Vibes, a Radio Programme for civic engagement on Q95, where we identify and address matters of public concern in Dominica. I would like to raise the alarm of the potential sidelining of the constitutionally mandated Electoral Commission of Dominica. I am concerned that the right to vote, considered an essential right under the UN convention, will be violated. The following reasons herein emphasize and crystallize the reasons for my concerns.

On or about August 30th, 2020, Prime Minister Roosevelt Skerrit announced that he had engaged the services of Sir Dennis Byron, retired Chief Justice, to act as sole Commissioner in the matter of Electoral Reform. The Prime Minister also stated that "Electoral reform for this government is important; it is important for the country and we are hoping that once Sr. Dennis would have submitted his report, then we can go to the Parliament to effect the necessary changes as he will recommend to the country to move forward". Such a statement by the Prime Minister is reckless and irresponsible, and flies in the face of everything written in the constitution. Mr. Skerrit appears to have accepted Sir. Byron's report even before it is written. Is Mr. Skerrit privy to what will be in that report? This is totally unacceptable. This is not the way these matters concerning human rights are handled.

As of this date, Dominica does not have a functioning Electoral Commission. Notwithstanding, Section 56 (9) and (11) of the Constitution still applies.

It seems that Mr. Skerrit is prepared to go to Parliament with recommendations from a report that is yet to be written. No mention was made of the Electoral Commission's involvement in this flawed process. In addition, we are all aware of the many recommendations made by the Election Observers in their Reports of 2009 and 2014. The Administration made no move. Even the Bishop of Roseau, his Lordship Gabriel Malzaire, in his 2019 New Year's sermon, recommended that electoral reform should be dealt with some alacrity, absolutely no attention was paid to his advice.

Prior to the recent December 6th General Elections, the electoral reform effort group which comprised of church, business, trade union, and civil society submitted a comprehensive report with recommendations. Those were also ignored. In 2019, the Prime Minister invited a joint CARICOM- Commonwealth-OAS Special Mission to look at electoral reform, their recommendations, and an offer of assistance in implementation were also not accepted. As a matter of fact, the administration through the Attorney General stated on the record that these recommendations would have caused confusion, citing insufficient time. Also, they were too expensive.

Although months later the Dominican population witnessed the lavish unwarranted spending in the millions of dollars on an election campaign by the Dominica Labour Party.

Hence, with all the work that has been done towards resolving the Electoral reform matter in Dominica, it is mind boggling that the Prime Minister and his Cabinet, in the absence of a functioning electoral Commission, would appoint Sir Byron as Sole Commissioner to arbitrate the matter of electoral reform. This unilateral and illegal move by the Cabinet has the potential to further degrade human rights in Dominica.

Thanks for your consideration.