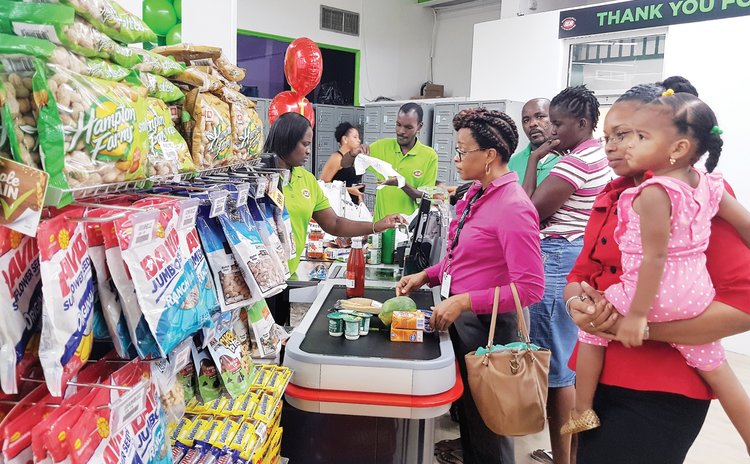 "I am relieved and pleased; now the work has begun," said Jason Aird, son of proprietor Gairy Aird. "Ten months and one day after Hurricane Maria we are back".

Aird said Whitchurch has put the post- Maria situation behind it and the company is looking forward and not back.

"It was time to get the store cleaned and start the planning process as we move forward," Aird said. "So from there we never looked back, if you look back in life you are not going to go anywhere and hence ten months later, that is the result of the forward vision. We missed the pubic and we are the single largest purchaser of local products".

Aird said the reconstruction process cost the company millions and some staff had to be made redundant but many have now been rehired.

The company's next project is the re-opening of the Canefield outlet.

"The distribution centre in Canefield was totally wiped out and we had six feet of water in the supermarket," Aird said. "The work now going on is to develop Canefield so it's just a matter of time that Dominicans see some work taking place".

Asked about the IGA Supermarket is Portsmouth, Aird described it as "an investment which was ahead of its time." Although it remains open, it's a challenge since Ross University has closed after Hurricane Maria.

"With Ross not around it's a huge challenge. We hope Ross returns and that is key for us in Portsmouth," Aird said.