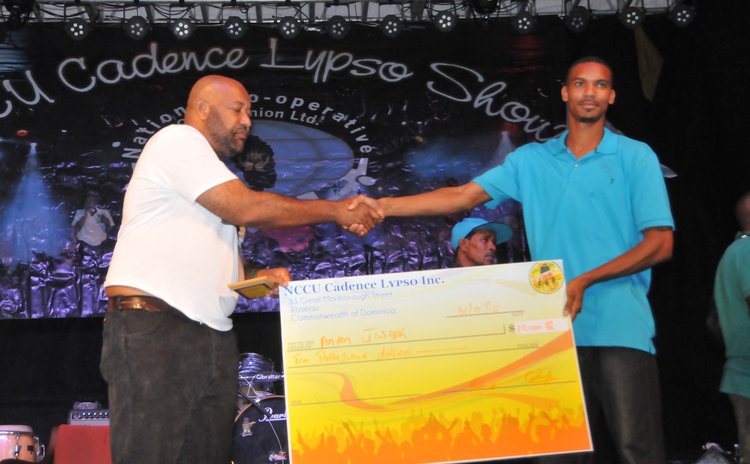 For the second year Anton 'White Fayrie' Joseph emerged the winner of the Cadencelypso competition.

Organized by the National Cooperative Credit Union (NCCU) the show was held on Saturday, October 31, at the Newtown Savannah.

Surrounded by supporters Joseph told reporters that he felt excited because he knew he deserved to win.

"I worked hard for it and I know I had to achieve it," he said. 'The secret of it really is selecting the topic that really touches people heart, that really get to people and the topic of the day and composing a good song about it."

Joseph won a cash prize of $10, 000. In second place was Cletus 'Halibut' Joseph and in third place was Bernard 'General Natty' Jude.

Meanwhile, in the band segment the Ti Orkest Band outperformed four others to emerge the winners of the Cadence Band Splash.

Lead singer of the Ti Orkest Band Carlos Williams said his expectations were high therefore winning the competition came as no surprise.

"I told the guys if we going to do this, I am going to go in this to win," he said. "We are not really a Cadence band but we keep the motto the same 'different strokes for different folks' but in Cadence we going to come down real strong next year."