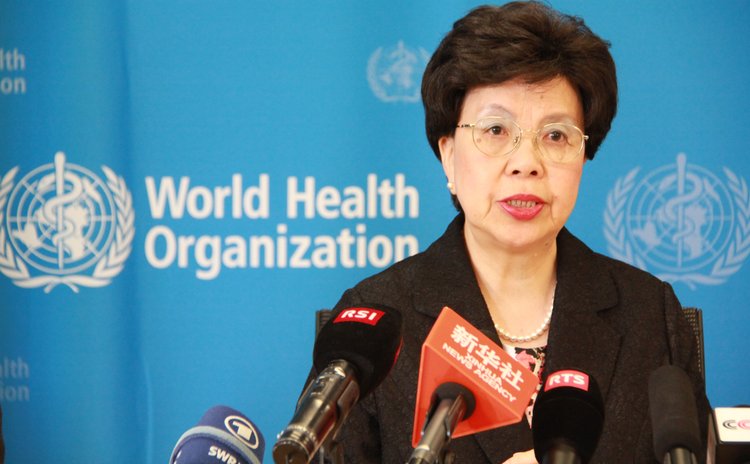 GENEVA, Aug. 8, 2014 (Xinhua) -- Margaret Chan, director-general of the World Health Organization (WHO), speaks during a press conference at the WHO headquarters in Geneva, Switzerland, Aug. 8, 2014.

GENEVA, Aug. 8 (Xinhua/Sun) -- The World Health Organization (WHO) declared on Friday that the Ebola outbreak in West Africa constitutes a public health risk, and met the conditions for a Public Health Emergency of International Concern.

After two tele-conferences of the emergency committee by the WHO's Director-General under the International Health Regulations, the committee advised that the Ebola outbreak in West Africa constitutes an "extraordinary event" and a public health risk to other states.

The committee warned that the possible consequences of further international spread are particularly serious in view of the virulence of the virus, the intensive community and health facility transmission patterns, and the weak health systems in the currently affected and most at-risk countries.

The committee advised the states with Ebola transmission to declare a national emergency, ensure immediate and timely information on the situation, take steps to address the outbreak, and provide immediate access to emergency financing to initiate and sustain response operations.

Affected states were also advised to establish an emergency operation center to coordinate support across all partners to ensure efficient and effective implementation and monitoring of comprehensive Ebola control measures.

The WHO also required the affected states to conduct exit screening of all persons at international airports, seaports and major land crossings, for unexplained febrile illness consistent with potential Ebola infection, saying that any person with an illness consistent with Ebola should not be allowed to travel unless the travel was part of an appropriate medical evacuation.

The WHO said that any state newly detecting a suspect or confirmed Ebola case or contact, or clusters of unexplained deaths due to febrile illness, should treat this as a health emergency, and take immediate measures to prevent a potential Ebola outbreak.

The largest Ebola outbreak ever recorded at present began in Guinea in December 2013, and now involves transmission in Guinea, Liberia, Nigeria, and Sierra Leone.

"The Committee's decision was unanimous, it advised me acknowledge the serious and unusual nature of the outbreak, and potential for further international spread, but also the needs for strong international coordination of the response," Chan told a press conference.

She added the affected countries to date simply do not have the capacity to manage an outbreak of this size and complexity on their own. She urged the international community to provide this support on the most urgent basis as soon as possible.

WHO assistant director-general Keiji Fukuda said factors that led to the WHO declaring a public health emergency of international concern was the large number of cases and deaths, wide distribution and community transmissions.

He said the affected countries lack health care workers, medical supplies and personal protective equipment. "In some facilities, basic needs such as running water and continuing electricity are not a given," he said.

He underscored that fear and misinformation were some of the most important factors contributing to the outbreak.

However, he stressed that with the right steps and measures to deal with infected people, Ebola's spread could be stopped. "This is not a mysterious disease. This is an infectious disease which can be contained," Fukuda said.

He added it is important to identify people who were exposed to the virus and monitor them for symptoms for 21 days.

The Ebola virus, with a fatality rate up to 90 percent, spreads through mucous and other body fluid or secretions such as stool, urine, saliva and semen of infected people.