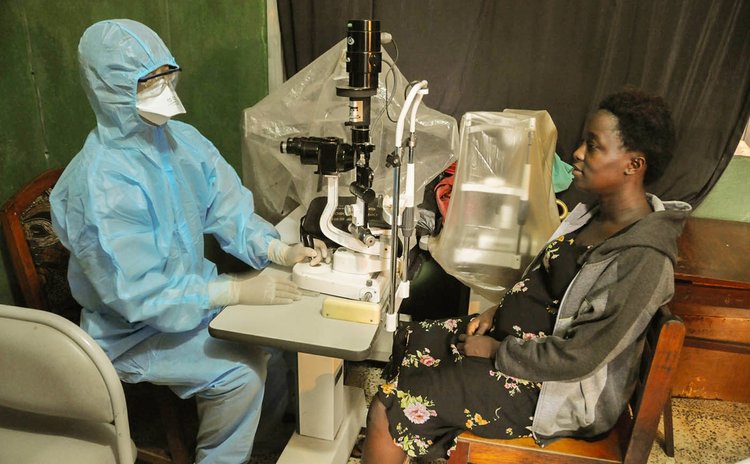 GENEVA, Sept. 5 (Xinhua/Sun) -- The World Health Organization (WHO) on Friday said the whole blood therapies and convalescent blood serums, as well as two vaccines need to be considered to contain the Ebola outbreak in West Africa.

WHO convened a consultation of key experts to discuss experimental therapies and vaccines with potential to treat or prevent the Ebola virus disease.

The experts, represented the fields of research and clinical investigation, ethics, legal, regulatory, financing, and data collection, reached consensus that use of whole blood therapies and convalescent blood serums needs to be considered as a matter of priority.

"We agreed that full blood therapies and convalescent serums maybe use to treat Ebola virus disease, and all efforts must be investigated into helping affected countries use them safely," WHO assistant director-general Marie-Paule Kieny told a press conference in Geneva.

She highlighted two promising vaccines candidates were identified, one is chimpanzee adenovirus (ChAd-EBO) and the other one vesicular stomatitis virus (VSV-EBO).

"Safety studies are currently underway in U.S. and soon to start in Europe and Africa," she added.

WHO will work with all the relevant stakeholders to accelerate their development and safe use in affected countries. If proven safe, a vaccine could be available in November 2014 for priority use in health-care workers, she added.

In addition to blood therapies and candidate vaccines, the experts discussed the availability and evidence supporting the use of novel therapeutic drugs, including monoclonal antibodies, RNA-based drugs, and small antiviral molecules. They also considered the potential use of existing drugs approved for other diseases and conditions. Of the novel products discussed, some have shown great promise in monkey models and have been used in a few Ebola patients.

WHO noted existing supplies of all experimental medicines are limited. While many efforts are underway to accelerate production, supplies will not be sufficient for several months to come. The prospects of having augmented supplies of vaccines rapidly look slightly better.

The participants cautioned that investigation of these interventions should not detract attention from the implementation of effective clinical care, rigorous infection prevention and control, careful contact tracing and follow-up, effective risk communication, and social mobilization, all of which are crucial for ending these outbreaks.

As of Aug. 31 the total number of cases attributed to Ebola virus disease in Guinea, Liberia, and Sierra Leone has reached 3,685, including 1,841 deaths. Over the initial case and localized transmission, 21 cases, including seven deaths, reported in Nigeria, as well as one confirmed case surfaced in Senegal