Who is Jennifer Wallace- Lafond?

Very likely she will be Dominica's first female Head of State. But who, really, is our new President? 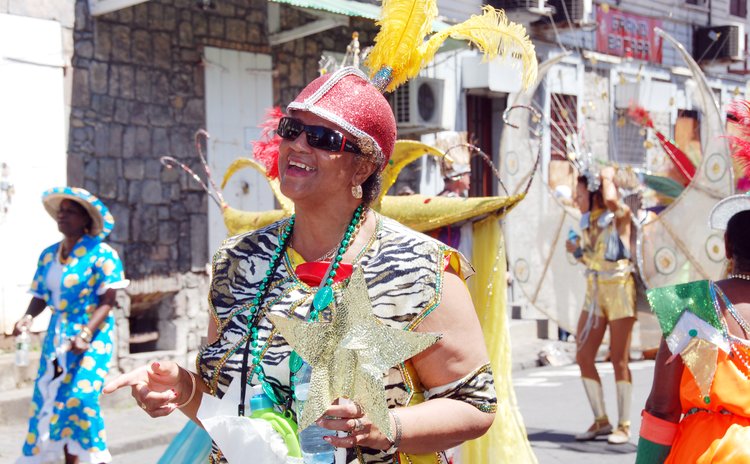 Of all the glowing terms they might use to describe her, of all flattering names they could have called her, there's one that never came to the minds of some who know her.

Of all the expectations they had of her, of all the places they thought she would go, there's one status that some who have been close to her never even considered her holding.

"It would have been a surprise. I think most people are surprised," said Felix Gregoire, the retired cabinet secretary who, prior to his elevation to that post, was the permanent secretary in the ministry of education.

Over the years many people have come to know and admire Jennifer Wallace (now Wallace-Lafond). They've known Jennifer the neighbour, Jennifer the netballer, the dancer, the folk singer, the school principal, the administrator. Whatever the role she played, however they associated with her, she has had an impact on them, and the words they use to describe her tell a story of pure admiration. Veneration, even.

A senior public servant who Wallace-Lafond taught at school and who would later work with her in the ministry of education thought she was motherly.

"She was very stern, she is a tall upright lady and she also had this intimidating effect but she also has a gentle heart, a mother figure," said this high-ranking public servant who preferred not to be identified because of the debate surrounding the issue of the presidency. "I could say she was one of the most loved principals back then."

Pearl Christian has known Wallace-Lafond "for years". Before they performed together in the Dominica Folk Singers, before they sang in the church choir, before they dazzled in a dance group, before they went to the Convent High School.

"She was a neighbour, we were friends, we saw a lot of each other as children," Christian told The Sun.

This means Christian is in an excellent position to describe, and even define, the woman nominated by the prime minister, Roosevelt Skerrit, to be the country's next president.

"There is a quiet strength about Jennifer that I admire," Christian said. "She is a very polished individual."

Unlike Gregoire and others who have known the presidential nominee, Christian would not say if the news came as a surprise. Instead, she stressed her long-time friend's strengths.

"Jennifer has always been (a) quietly focussed, confident, determined sort of person."

Others who have known Wallace-Lafond in different capacities use similar language to describe her. The senior public servant referred to earlier said she was "tough but also very compassionate" as the permanent secretary in the ministry of education.

"There is that very soft side of her, she always gave her staff the listening ear," this person told The Sun. "When that soft side of her came out again was when we extended the assistance to students. It was driving her crazy because sometimes it went beyond the (resources) of the ministry but she made it work. She had this caring heart and she went out of her way to ensure we assisted the children."

This is why, he said, he appointed her his "peacemaker" in the ministry.

"When there was a problem I sent her out to deal with it," he said with a laugh. A mischievous sort of laugh. "She was very effective in solving problems in the schools."

However, in addition to the hard work, the motherliness, the toughness, there's also a fun side to Jennifer Wallace-Lafond, Gregoire revealed.

"I've been to some very good parties at her home. We have had many of our staff Christmas parties at her home," said. "She's very sociable. We worked hard and we played hard." Here comes the laugh again, this time a deeper, more satisfying laugh.

Every one of these friends, colleagues, classmates, former students, who have come to know her is convinced that Wallace-Lafond would be an effective and good president of which the country would be proud. Her former student and education ministry colleague said she wound "carry the office well".

"She's always been a classy lady," this person told The Sun. "Somebody who commands respect."

Felix Gregoire expressed similar sentiments, adding that she would "foster unity" and would listen to all sides. And for Pearl Christian, there is no doubt that her friend, neighbour, former classmate and "polished individual" has what it takes to be president.

"She loves a challenge…she is capable," Christian told The Sun. "I have no doubt."