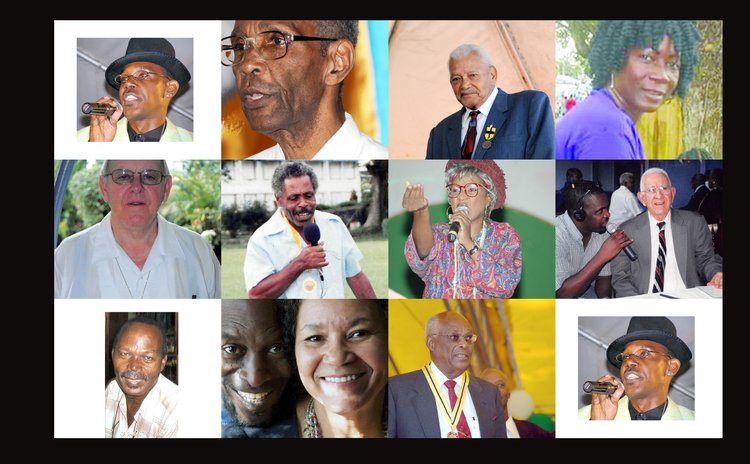 Frank "Professor Oils" Jules, one of Dominica's best drummers (who lived in Canada) died in January after a long fight with cancer.

The reaction from fellow musicians was poignant. Herbie Jack said: "My, my, my. I played with him on a few gigs back home… phenomenal professor on the drums." Ophelia said: Bye Oils. God blesses you even now as you journey to his bosom."

May Oils drum for the angels in heaven?

Nothing was too big or too challenging for Roderick Anthony Fortune. He died in February at 70 after suffering from Parkinson's disease which he was diagnosed with in 2005.

He left behind his wife, Deborah, four children- three boys and one girl- and his business, the La Falaise Medical House Laboratory which he established in 1992.

Michael "Boople" LaFleure the calypsonian who sang: "The captain not there, Air Dominica on remote control" at the 2016 Calypso Finals died in July. Boople passed away, after a short battle with cancer, at the Princess Margaret Hospital (PMH) on July 14, 2016. He was 47.

Credit Union stalwart and former permanent secretary Kenneth A. Richards died in April. Richards, 80, died at his home in Goodwill. Over a period spanning 40 years, he served as a credit union volunteer in many capacities and later as manager of the Dominica Credit Union League.

On November 15, 2016 the Dominican public was shocked by the announcement of the sudden death that Marcella Powell, the Permanent Secretary of the Ministry of Education and Human Resource Development. Powell was a devoted Christian, mother, sister and a dedicated public servant.

Passion is all you need

In November, Dominica lost Anderson Jolly, one of Dominica's best businessmen, who built Jolly's Pharmacy with passion, persistence and perseverance. He was 73.

Franklin 'Frank' Baron, the elder statesman of Dominica's politics turned the final page in his life story and took his last breath on April 9 at the Princess Margaret Hospital. Born on January 19, 1923 in Portsmouth, he came to prominence in politics in the 1950s, rising to the post of Chief Minister.

Lawrence Brumant, 77, Dominica's "King of Konté" died in October at the Portsmouth Hospital from cancer. Over decades, Brumant made a significant contribution to the art form of story-telling in creole, known locally as Konté.

Redemptorist priest, Fr. Charles Vermeulen C.Ss.R. died on 4th December 2016. He was born on 14 January 1931 in Ouwegem, Belgium and was ordained to the priesthood in 1957. In 1959, Fr. Charles C.Ss.R., a young Redemptorist Missionary was told by his provincial superior in Belgium that he was being sent to Dominica to join other Redemptorist Missionaries. Fr. Charles celebrated mass with his family in their parish church, and then made a one day trip to the port to catch the boat to the Nature Island. Fr. Charles first travelled to South Hampton, England; then for 11 days to Dominica. He arrived at 12 midnight and was greeted by small boats that took him to Roseau. His missionary life would take him to St. Kitts, Anguilla, and Antigua. However, Dominica would be where he would spend almost 60 years of his life.