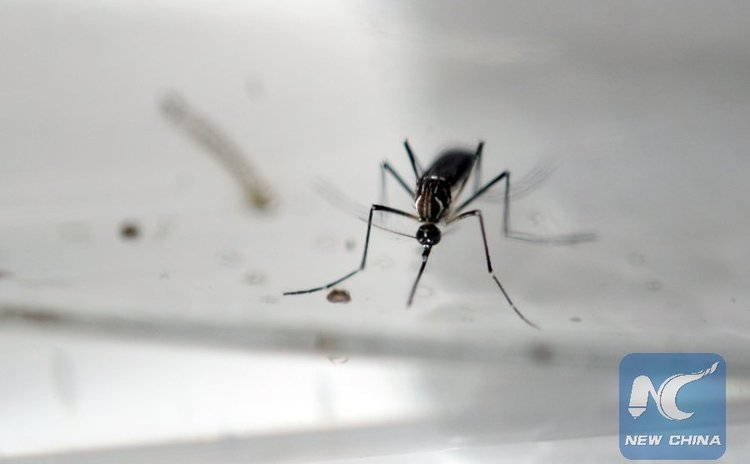 This file photo taken on January 27, 2016 shows an Aedes Aegypti mosquito being photographed in a laboratory of control of epidemiological vectors in San Salvador.

The announcement came after the fifth meeting of the Emergency Committee on Zika, microcephaly and other neurological disorders convened by WHO on Friday afternoon.

The committee originally recommended a PHEIC in February 2016 on the basis of an extraordinary cluster of microcephaly and other neurological disorders reported in Brazil, following a similar cluster in French Polynesia and geographic and temporal association with Zika virus infection which required urgent and coordinated research.

Even though research has now demonstrated the link between Zika virus infection and microcephaly, the committee said many aspects of this virus and associated consequences still remain to be understood, but this can best be done through sustained research.

It recommended that Zika response should be escalated into a sustained program of work with dedicated resources to address the long-term nature of the disease and its associated consequences. Based on this advice, the director-general declared the end of the PHEIC.

However, Pete Salama, executive director of WHO newly-established Health Emergency Program warned in a virtual press briefing that"the virus has continuous spread geographically to areas where there is a competent vector, all countries with aedes mosquitoes are potentially at risk for mosquito-borne Zika virus transmission."

"We are not downgrading the importance of Zika, in fact, by placing this as a longer term program of work, we are sending the message that Zika is here to stay and WHO's response is here to stay in a very robust manner," Salama noted.

He highlighted long-term issues including management of neurological complications in children and adults, family planning and maternal reproduction as well as long, comprehensive research and development agenda are requiring sustainable financing and multiple years to deal with.