Who will be running for Roseau Central for the Dominica Labour Party:Tonge or Isaac 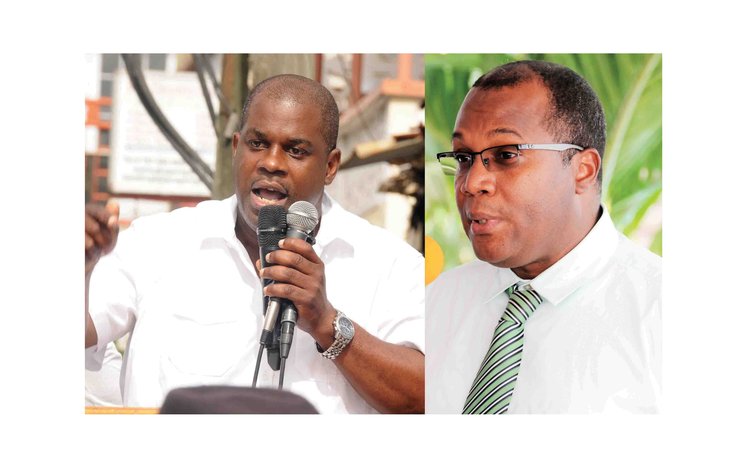 Friendly or bitter, it is almost a given that there will be a battle between two members of the ruling Dominica Labour Party (DLP) to be the party's candidate for the upcoming general election in Roseau Central.

The fight will be between new-comer Joseph Isaac, the Parliamentary Representative and three-year Senator Robbie Tonge.

Isaac recently dumped the opposition United Workers Party (UWP) on whose platform he became the parliamentary representative. And, judging by the bitter statements on social media after Isaac's decision, if hanging was somehow legal, UWP supporters would have hung Isaac twice.

Signaling the value of Isaac to the ruling party, Prime Minister Roosevelt Skerrit appointed the defecting politician to one of government's most important portfolios after the devastation of Hurricane Maria- the ministry of the environment, climate resilience, disaster management and urban renewal.

So far both Isaac and Tonge are speaking the politically correct words espousing party unity and national development.

In response to a similar question, Tonge, who was the presumptive candidate before Isaac crossed the floor said: "The DLP Roseau Central executive is the one armed with selecting a candidate. For now that process has not yet started but Isaac and I are working hand in hand in the constituency doing our work; it's a team matter and not about Isaac or Robbie, it's about the party."

Isaac says he has not become a member of the DLP although his "independent candidate" posturing has inevitably faded. Additionally, he seems to suggest that he expects to be the DLP candidate for Roseau Central.

Asked whether he has joined the DLP Isaac answered: "I am inclined but for now I don't want people to preempt my move…a number of them have moved with me…I feel honored that the people feel I have that contribution to make; I am focused".

He added: "The people are calling for it, lots of UWP supporters have moved with me and Labour supporters who voted against me in the last election are happy and excited about the move. I am also, but I will remain focused with the task ahead. It's exciting. Remember it's one Dominica and so all of us have to come on board…I am just an instrument of God."