Why Jacqueline went to jail 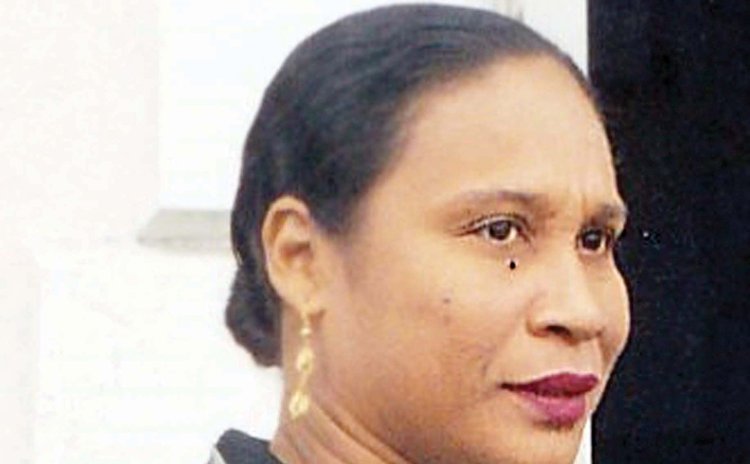 On September 24, 2015 Jacqueline Theodore, a former Parliamentary Secretary in the Ministry of Health, was sentenced to 10 days in jail for contempt of court.

In his 25-page judgment High Court Judge Errol Thomas ruled that Theodore was guilty of contempt of court since she knew about a court's Order and instead engaged in several acts which showed a clear intention of reducing the amount of money that should have to pay to her daughter Farah Jackie Theodore.

Judge Thomas ruled that since Jacqueline frustrated the intent and purpose of the Order she must serve 10 days imprisonment.

In addition, the judge ordered Jacqueline to pay her daughter's lawyer fee of EC$5,000 on or before December 6, 2015.

The dispute began in 1997 when the Government seized forested lands belonging to Ferdinand Theodore ostensibly for constructing a road. The Government did not pay compensation for the property and did it offer to pay.

The officials then authorised Island Timbers Company Limited to construct a road on Theodore's property to provide access to Government's land for the extraction of timber and to accommodate farmers' cultivation.

During the process of constructing the road, Island Timbers cut down and extracted a considerable amount of timber from Theodore's land which it sold as lumber on the local market.

In 1998 Jacqueline took the matter to court and in April of that year the High Court ruled that the acquisition of Theodore's land was unlawful. The Government of

Dominica appealed but the Eastern Caribbean Supreme court ordered Government to pay EC$1, 569, 050 for its transgression, to the estate of Ferdinand Theodore, Jacqueline's husband.

According to her father's will, Farah Jackie Theodore was to be awarded 1/6th of the amount as her share. Apparently, she wasn't paid the specific amount.

So in January 2014 Farah asked the court for an injunction to freeze all Jacqueline's accounts and other "interim relief". The application also contended that Jacqueline failed to pay Farah her due and thus disobeyed the court's order.

On the other hand, before Judge Thomas, Jacqueline argued that she indeed had fully complied with the court's Order and provided evidence to prove her case. But Judge Thomas disagreed and sentenced her to jail for contempt.

As a further development, Farah's lawyer is now requesting that the court compels Jacqueline's lawyer, Lennox Lawrence, to "immediately and forthwith pay the entire outstanding amount owed to the claimant plus 5% compound interest from January 27, 2015 to October 2015." The total amount requested is $168,134.

Meantime, after serving 10 days in prison for contempt Jacqueline has appealed saying that the judge's Order has rendered her "incapable of settling the debt of the creditors".

But according to a re-committal notice filed on 9th October 2015 Farah is again asking the court to have Jacqueline "committed forthwith to the State Prison at Stock Farm for 30 days without the opportunity for satisfaction and release."

In addition Farah Jackie Theodore through her lawyer Henry Shillingford wants the court to accept a "committal Order and a sequestration order" against lawyer Lennox Lawrence. They charge that Lawrence, though not a defendant, has aided and abetted Jacqueline in committing contempt of court as well as to breach her fiduciary duty as trustee. That, of course, is for Judge Thomas to decide.

Jacqueline appears before the court on 30th October 2015 on similar charges that landed her in jail for 10 days.