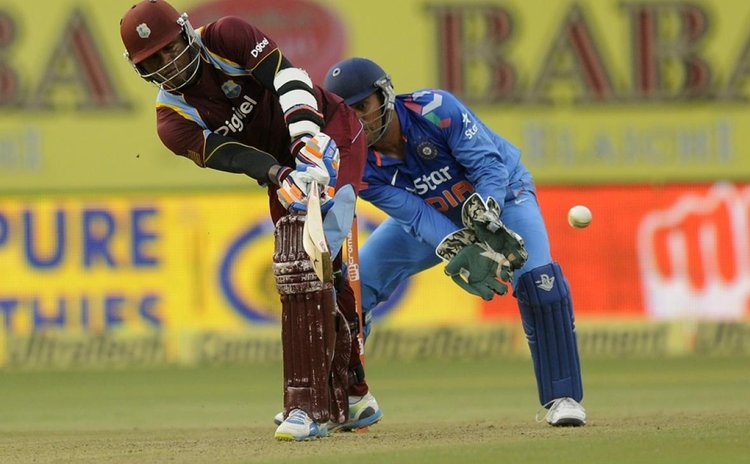 Marlon Samuels plays a stroke during his innings

KOCHI, India –Marlon Samuels made a magnificent unbeaten century and then took two quick wickets as West Indies beat India by 124 runs on Wednesday to take a 1-0 lead in the five-match One-Day International Series.

Samuels then took 2-10 to return the best figures and win the Man-of-the-Match award. Skipper Dwayne Bravo, who celebrated his 31st birthday on Tuesday, took 2-28 to move to 198 career wickets.