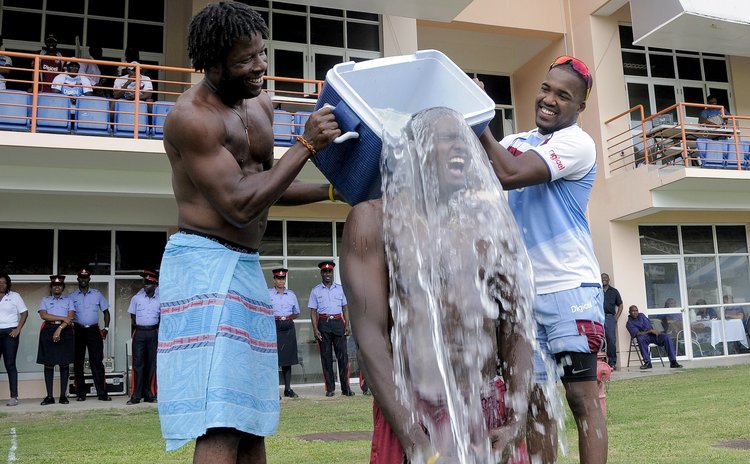 ST GEORGE'S, Grenada – Kieron Pollard hit a brilliant 89 off 70 balls to pilot West Indies to victory over Bangladesh by 3 wickets in the 1st Dhaka Bank One-Day International on Wednesday.

He marched to the crease with the Windies in trouble at 34-5 – after they restricted the visitors to 217-9 off 50 overs in front an appreciative crowd at Grenada National Stadium.

The powerful 27-year-old Pollard hit five fours and six sixes as he added match-winning stand of 145 with Denesh Ramdin (74 off 76 balls).