WICB announces Ballr as sponsor of the Tri-Nations ODI Series 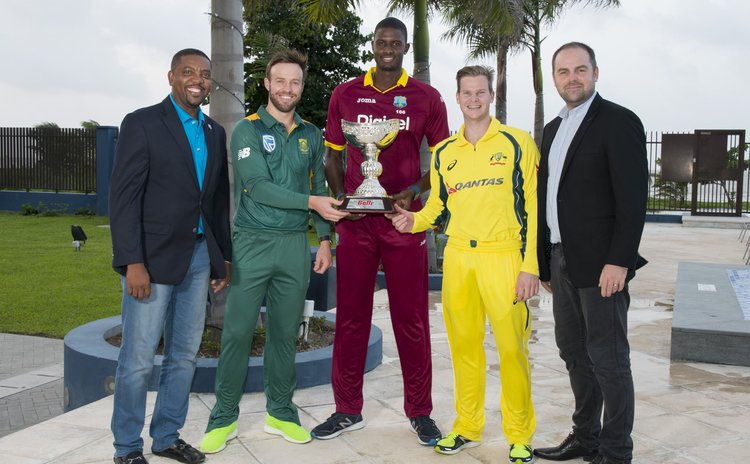 ST. JOHN'S, Antigua – The West Indies Cricket Board and ITW-Techfront, the commercial rights holder for the series, announced today that Ballr is the title sponsor of the Tri-Nations One-day International Series to be played between West Indies, Australia and South Africa.

The series will be known as the Ballr Cup Tri-Nations Series powered by Cycle Pure Agarbathies – and will be played in Guyana, St. Kitts and Barbados from June 3 to 26.

"The WICB is delighted to announce Ballr as the title sponsor of the 2016 Tri-Nation ODI Series," said WICB chief executive officer Michael Muirhead.

"With the presence of current 50-overs World Cup champions Australia and the ever-consistent South Africa, along with our own World Twenty20 champions West Indies, the Ballr Cup Series is a high-profile affair and promises to be very exciting.

"We are always excited at the opportunity to host the best teams in the World and we are happy to have Ballr on board with us for this series."

Sam Jones, founder and CEO of Ballr, a mobile fan engagement and gaming company, said it brought the company enormous pride in becoming the official title sponsor of the Tri-Nations Series

"The Tri-Nation Series is a prestigious event, broadcasted to millions of fans around the World," he said. "We are excited to partner with the WICB, and this initiative will provide substantial global exposure for our brand and support our growth in new markets."

Krishna Satya, co-founder of ITW- Techfront, a Global Sport Commerce affiliate‎, said: "WICB and ITW are delighted to have Ballr ‎associate with the Tri-Nations ODI Series as the title sponsor.

"ITW has always held the belief that quality cricket generates great audience regardless of where it is played and we have advocated for brands to support such events.

"The Ballr Cup, features arguably the three of the most exciting limited-overs teams in the World right now, and we are confident that the association will earn Ballr immense exposure in off-shore markets and a significant return on investment."