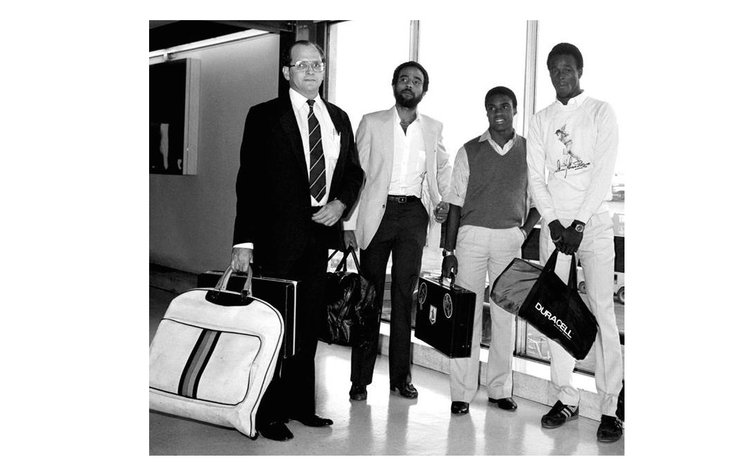 ST. JOHN'S, Antigua – The West Indies Cricket Board (WICB) today paid tribute to Steve Camacho, the former Manager of the West Indies Team and Chief Executive Officer of the WICB, who died on Friday night in Antigua. He was also an outstanding batsman and played for Guyana in the Shell Shield and West Indies at the international level.

Camacho was 69 at the time of his passing.

George Stephen Camacho was born on October 12, 1945 in British Guiana and played club cricket at the historic Georgetown Cricket Club. He went on to play 76 first-class matches as a right-handed top order batsman, scoring 4,079 runs including seven centuries and 24 half centuries.

He became the 126th capped West Indies Test cricket when he debuted against England at Queen's Park Oval in 1969. He also captained the West Indies President's XI against touring teams.

It was as an outstanding cricket administrator that he distinguished himself. After retirement as a player, he was manager of the West Indies team during the halcyon period of the 1980s. He also served as Secretary of the then West Indies Cricket Board of Control and the first CEO of the WICB.

President Whycliffe 'Dave' Cameron described Mr Camacho as "a true stalwart, champion and leader of the game" in the West Indies.

"I want to first extend my condolences to wife Allison, family and friends of Mr Steve Camacho. We the members of the cricket family of the West Indies have lost a great man, someone who would always stand up and give his best for West Indies cricket. He was a true stalwart and champion of the game in the Caribbean.

"As a player, he represented Guyana and West Indies with pride and played his part in helping to grow the game. He was a mentor for several younger players in club cricket and played a major role in nurturing their development."

Mr Cameron added: "He excelled off the field as well. He was an exemplar as Manager of the West Indies team and maintained the highest standards as a true ambassador. He also filled the important posts Secretary of the Board and later our first Chief Executive Officer. He could be called upon at anytime to assist in the game and did so with distinction.

"He cared about the game and the people around him. He was very professional and hardworking and had the common touch. He kept in tune with the needs of the players, the staff he worked with, all who participated in West Indies cricket, and all those who cared and loved the game he served."