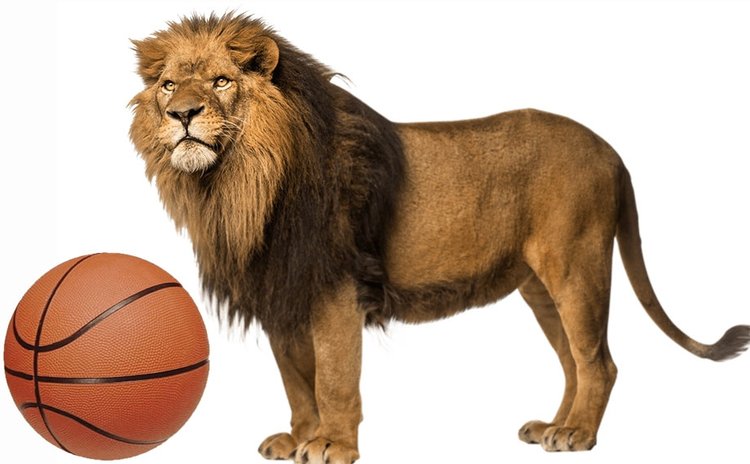 Only one team named LIONS has played national league basketball

Part III of the article presented the teams named after insects, an archosaur, and two named after mammals. The article continues below:

Mammals (Ctd): An unusual phenomenon occurred in Dominica's basketball park in the 1970s when a wild bird transformed into a wild cat, then reverted to the same species of bird shortly afterward. In 1977 the then commanding Cardinals registered as Caroni COUGARS, capturing both League and Knock-Out championships that year. Come 1978, the team registered as Cash 'n' Carry Cougars and narrowly missed another League Championship that year. They then metamorphosed back to Cardinals in 1979.

The cougar, which is also commonly known by other names such as mountain lion, panther and puma, is a large wild cat that is native to the Americas, from the Canadian Youkon to the southern Andes of South America. It is the biggest cat in North America and the second-heaviest cat in the New World after the jaguar.

A group of marine mammals has also influenced team names in our national league. DOLPHINS from the northern town of Portsmouth competed in the League's 3rd level men's division in 1997 and emerged runners-up in the League Championship competition that year.

Out in the waters there are 43 species of dolphin worldwide, 5 of which are river dolphins. The dolphin species found in Dominica's territorial waters are the Pantropical Spotted Dolphin, Fraser's Dolphin, the Bottlenose Dolphin, Spinner Dolphin and the Short-finned Pilot Whale which is known locally as 'bòt'.

A 'jaguar' has also appeared on our courts. ST. JOSEPH JAGUARS was one of four teams that competed in DABA's Women's Division in 2013.

The jaguar is the world's third largest cat. They prey on fish, turtles, caimans, deer, peccaries, and tapirs, etc., and sometimes climb trees to prepare an ambush, killing their prey with one powerful bite.

The 'king of the jungle' also came in for the kill in our basketball. The Roseau-based [H.H.V.] Whitchurch LIONS burst on the scene between 1979 and 1981, playing in the senior division. They remained with that sponsor from 1982 through 1986, registered as Gordon's Gin Lions in 1987 and 1988, then as Dame Mary Eugenia Charles Lions in 1991 and 1992. Their final roar echoed across the court in 1992 after being adjudged the Most Improved Team in Division I that year.

The lion is the world's second largest cat after the tiger, and currently wild lions are found in large parts of sub-Saharan Africa and India. A number of sub-species have been identified: Barbary Lion, West African Lion, South-West African Lion, Maasai Lion, Transvaal Lion, Ethiopian Lion and the Asiatic Lion.

The panther, like the eagles, falcons and sharks have had three or more teams named after them. Arriving early for the kill were the Roseau-based PANTHERS who competed in the League's second-level division from 1970 to 1972. They captured the 1970 and 1971 Division II League championships.

Twenty-six years later CCD [Caribbean Construction & Development] MASSACRE PANTHERS made their entry into the basketball arena. Playing in the 3rd level men's division in 1997, they went on to capture the League Championship that year. They then stepped up to the 2nd level men's division where they played from 1998 to at least 2000.

Over a decade later the women joined the hunt when Dominita Lady Panthers from Roseau made their appearance in the Women's Division and competed from 2012 through 2016. They won that Division's League championship in 2014 and 2015.

The 2014 season had also seen Blazing Panthers making an appearance in the League. That team hailed from Massacre and played in the lower of the two men's divisions that year.

Panthers are a type of wild cat that inhabits America, Asia and Africa. They can be found in rain forests, swamps, savannas, mountains and even deserts. A panther looks like a leopard without dots. It has yellow or dark brown fur and emerald eyes.

The rhinoceroses, also called 'rhinos', are another group of mammals which has influenced basketball team names here. Josephine Gabriel RHINOS of Grand Bay played in the 2nd level men's division of the national league in 2000.

Rhinoceroses are the world's largest herbivores with massive bodies and stumpy legs. These mammals are identified by their characteristic horned snouts. Some have two horns, while others have one. There are five species and 11 subspecies of rhinoceroses worldwide, and you'll find them in Africa, India and Indonesia, more specifically, in Java and Sumatra.