Will Labour want a woman?

As the ruling DLP moves to fill the vacant Senate seat after the resignation of Charles Savarin, the party has been advised to choose a woman. 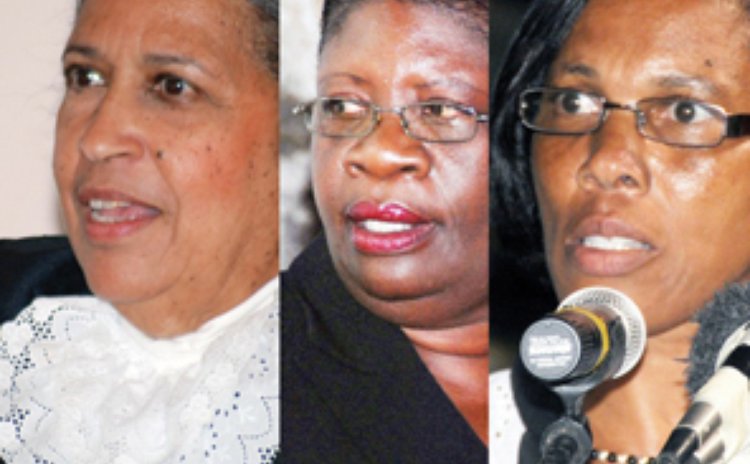 And so they wait, plotting their every step, charting their course, slowly, methodically.

"This is not a priority right now."

And so they linger, scheming their every move, strategically, tactically.

"Our attention is on the election."

And so they plot and scheme and strategise and manipulate the system, exploiting the situation in order to gain the greatest advantage.

The elevation of Charles Savarin to the presidency has left the governing Dominica Labour Party (DLP) with a vacancy in the senate. However, the party is in no hurry to replace the former firebrand partisan, one senior DLP official has told The Sun, preferring to wait until new candidates for the next general election are chosen.

It's not immediately clear how many fresh faces will appear on the DLP's ticket for the poll, although Matthew Walter has already indicated he was quitting at the end of the current parliamentary term, while the last candidate for Marigot, Dayton Baptiste, also faces the axe. "In Marigot, the people are asking for another candidate. The last candidate, he is not popular," one DLP insider told The Sun several weeks ago.

The DLP would also like to replace Ronald Toulon in Colihaut, party sources have said, with the DLP official telling The Sun: "He said he is running but do the people want him?"

Another possible casualty is Ashton Graneau, the MP for the Carib Territory who the DLP leader, the prime minister, Roosevelt Skerrit, "definitely wants to replace," according to one person who has discussed the issue with the prime minister. So there will be choices. And, according to the senior DLP official, who spoke to The Sun on the usual condition of anonymity because he did not want to seem to be speaking out of turn, the party prefers to settle this issue before deciding on Savarin's replacement in the senate.

"This is not a priority right now," the person said in reference to appointing a new senator, "we are concentrating on candidates for the vacant seats and after we choose those candidates we can then name a senator to help to raise the person's profile."

This all makes sense to Peter Wickham, the Barbadian pollster who, in the past, has conducted several polls for the DLP, the most recent of which was in February. Wickham explained that, traditionally, the senate is used to blood up and coming talent and hone skills, or as a means of appointing to the cabinet, someone who is not a sitting member of parliament. It would seem Skerrit isn't interested in the latter, Wickham told The Sun.

"I get the impression he is trying to make changes to some of the seats identified as weak in the (February) poll," the pollster said, "so he is probably holding it (the senate seat) for someone who can help him win a difficult seat. I think his thinking is 'what do you bring now to win a seat?'"

Among the 15 ministers (minus the state ministers) who currently comprise Skerrit's cabinet, there are only two females, Gloria Shillingford and Justina Charles, the widow of the late prime minister, Pierre Charles. This Wickham stopped just short of describing as unfortunate, citing the fact that over 30 years ago, Dominica blazed a trail by giving the Caribbean its first female prime minister. He suggested that Skerrit should consider taking the opportunity to double the number of women in Cabinet.

"It's perhaps something he should think about," Wickham recommended.

However, he indicated that there was very little pressure on Skerrit to appoint a woman because "Dominica's commitment to women and advocating their cause" is clear. He also suggested that the barrel was bare, as few competent and qualified Dominican women were interested in politics.

"Professional Dominicans (including women) tend to want to work with the CDB (Caribbean Development Bank) and other regional and international organisations. They have little interest in politics," Wickham surmised.

This does not mean that a woman won't be chosen to fill the vacancy in the senate. However, the DLP isn't rushing as the party plots its every scheme to maximize its advantage, all with a general election in mind.