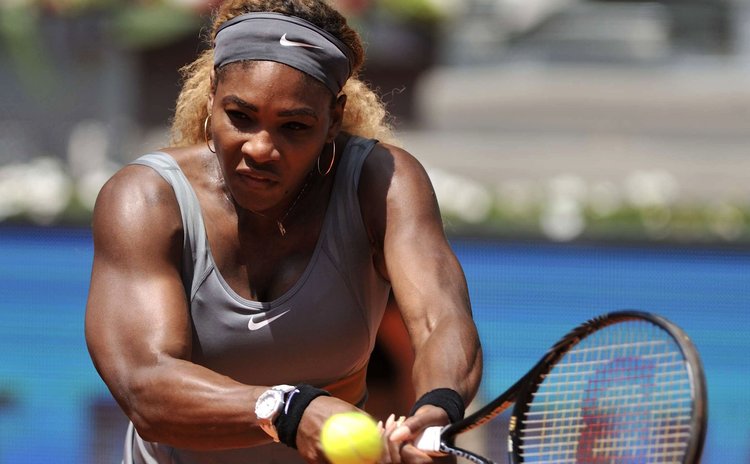 The 17-time Grand Slam champion took little over an hour to hold off Zhang 6-1, 6-3, throwing down 35 winners to just 22 unforced errors.

Williams leads Ivanovic in their head-to-head 4-1, and the only time she lost to the Serbian player happened in the Australia Open earlier this year.

"Whenever you play someone you lose to you're not necessarily thinking about revenge, you're thinking, 'I really want to win because they beat me last time,'" Williams told WTA website.

"It's more motivation than anything, because last time they got the best of you, and you want to show them you can play too," she said.

"I think it's a different match on a different surface," Ivanovic said of the looming match-up.

"Both of us have a clear style of game and it kind of depends on the surface, but no matter what, it's going to be a tough match. She has won a lot of tournaments on clay and she plays very well on every surface," she told WTA website.

The other semifinal will be played between No.6 seed Jelena Jankovic and No.10 seed Sara Errani.

Jankovic scored a 6-4, 6-4 win over No.3 seed Agnieszka Radwanska, rallying from 4-2 down in the second set to close it out in straight sets.