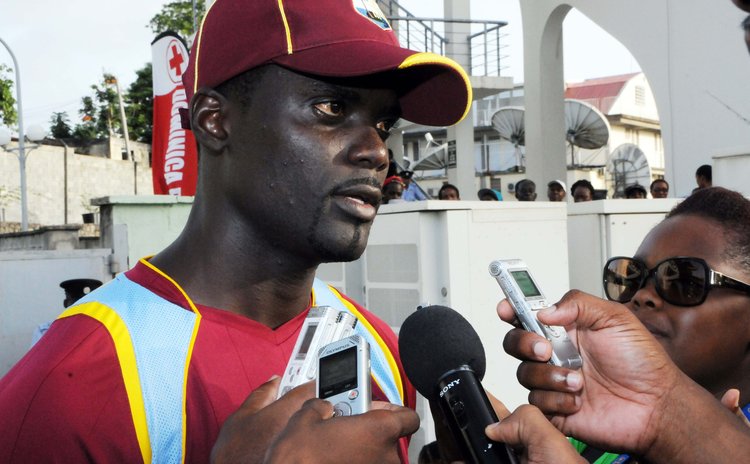 File Photo: Andre Fletcher speaks to the press at the Windsor Park in Roseau, Dominica

Andre Fletcher (84 not out, off 64 balls) and Samuel Badree (3-12 in four overs) led the West Indies to a seven wicket victory against defending T20 world champion Sri Lanka in the 2016 ICC World Twenty20 Group 1 match at Bengaluru today.

Fletcher opened the West Indies batting because Chris Gayle could not bat because of a pulled hamstring injury.

West Indies beat England by six wickets on Wednesday and if they win against South Africa on Friday the Caribbean team will qualify for the semis.