Windies earn draw thanks to Chase and rain 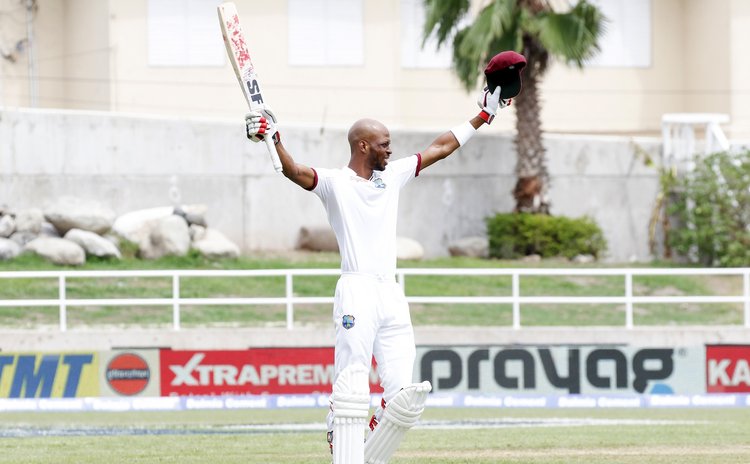 Chase stroked an historic, maiden, undefeated Test hundred in only his second international game, inspiring a massive batting effort which helped the Windies frustrate the Indians on the final day at Sabina Park.

The 24-year-old Chase stepped up to gather a resolute, 137 not out, as the home team batted the entire final day to pile up 388 for six, after they started the day tottering on 48 for four – still 256 runs behind – and with the odds of saving the game stocked heavily against them.

Chase achieved the double of a century and a five-wicket innings haul in the same Test, making him a shoo-in for the Player-of-the-Match award, two days shy of 50 years since it was last done for West Indies and six days after the 80th birthday of Sir Garfield Sobers, the last player who did it.

Shane Dowrich supported with a classy, career-best 74 and Holder carved out an unbeaten 64, after Jermaine Blackwood energised the team with an aggressive 63.