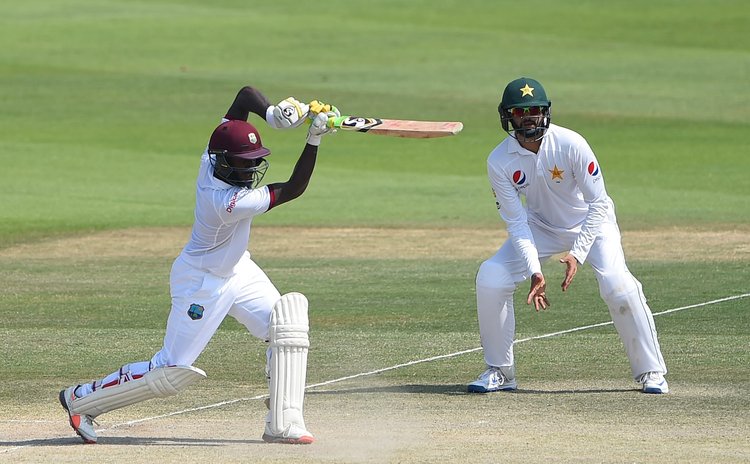 Blackwood drives during second innings of second Test against Parkistan

After having lost the second test against Pakistan today, the West Indies cricket team now face the ignoble prospect of a history-making whole tour whitewash against Pakistan.

They lost the Second Test today, by 133 runs, and they were also routed 3-0 in both the Twenty20 and One-Day International series which were played before the Tests.

The third and final test match is to be played in Sharjah from Sunday.

Jermaine Blackwood batted brilliantly on the final day – scoring 95 off 127 balls with 11 boundaries.

The Man-Of-The-Match award went to Pakistan leg-spinner Yasir Shah who had match figures for 10-210.

It was, however, short of the victory target and the visitors lost the match by 133 runs. Pakistan, therefore, have an unassailable 2-0 lead with one match left.