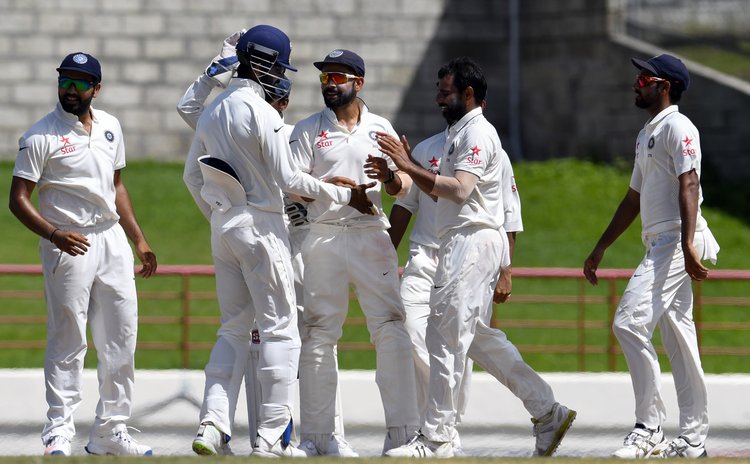 Holder blamed the batsmen for their failure to get the job done at the top of the order.

"If you do not put up a good first innings total you are always chasing the game, in a sense," Holder said. "At the top we predominantly haven't been consistent, we haven't gotten the starts we've been looking for".

Holder said the team's bowling has shown "massive improvement" but the young team has been finding it difficult to adjust to Test cricket.

It is not easy and sometimes we don't make it easy for ourselves," he said.

Holder spoke to the press after his side suffered a 237-run defeat against India in the third Seagram's Royal Stag Cup Test – powered by Karbonn Smart Phones – today here.

Darren Bravo hit the top score of 59 and was the only batsman to pass 20, as the Windies, chasing 346 for victory, were bowled out for 108 in their second innings about 10 minutes past the scheduled tea break on the final day at the Daren Sammy National Cricket Ground.

The home team now trail the four-Test series 0-2, after the Indians won the first Test by an innings and 92 runs in Antigua, and the second Test ended in a draw.

Earlier, Miguel Cummins ended with 6-48 from 11 overs, as India, resuming from their overnight total of 157 for three, declared their second innings on 217 for seven about 45 minutes after the start.

Cummins, playing only his second Test, ended with match figures of nine for 102.