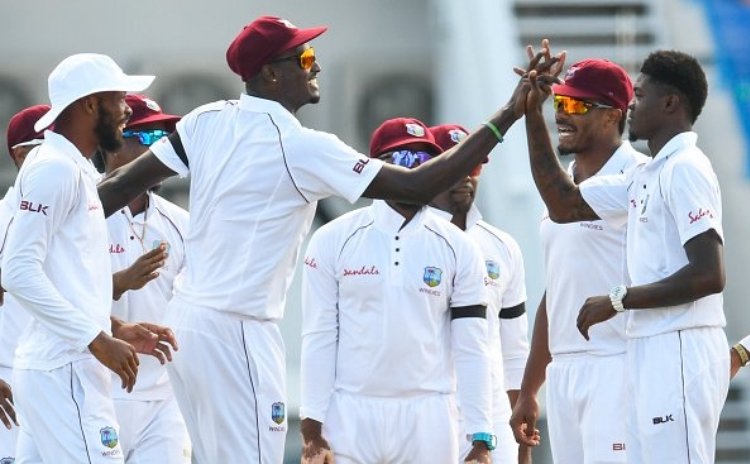 West Indies Captain Jason Holder was again a key performer with 4-43, while Kemar Roach ended with 4-52 – to record match figures of 8-82 and capture the Sandals Player-of-the-Match award. Roach is now the leading wicket-taker in the series with 13 wickets (average 12.07). This continued his good returns at the venue – 25 wickets in just four matches here. Overall in his career, the 30-year-old is the 10th highest wicket-taker in Windies Test history with 179 wickets in 52 matches.

Holder and Roach were well supported by fellow fast bowler Alzarri Joseph, who bravely decided to play on in the match after learning of his mother's death before play started at the Sir Vivian Richards Cricket Ground on Saturday. The 22-year-old was a game-changer as he bowled with raw pace and got the ball to move both ways from the Sir Curtly Ambrose End. He ended with 2-12 – match figures of 4-50 – in his first Test on home soil. England were bowled out for 132 in the second innings – as West Indies captured all 40 wickets in two Tests wins so far.

The home side needed just 14 runs in their second innings, and they raced to victory with more than two days to spare. The champagne moment came when opener John Campbell launched with a six over mid-wicket to secure the match and the series. The last time the Windies captured the prestigious Wisden Trophy was back in 2009 when Chris Gayle's team won 1-0 in the Caribbean.

"Alzarri was exceptional. It took a lot of heart for him to be on the field today, I think a lot of people wouldn't have been able to, but credit to him. The way he ran in this afternoon was exceptional and with a bit more luck he could have got three or four more wickets and could have put in a man-of-the-match performance," the captain said.

"I just want to say condolences to him and his family, it is a tough loss. I came here two or three years ago and visited his mum, she wasn't doing well at that stage but fought through, so I felt it personally this morning when I got the news that she had passed away.

"To see him in tears this morning was even harder, and we came together in the huddle and we just wanted to do it for him and we dedicate this day to him, his mum and his family. It was up to him if he played. I didn't want to deprive him of the opportunity to take the field. If he felt he could manage and take the field and perform then I wasn't going to deprive him of that. For sure I knew he wanted to do something special for his mum and credit to him, he held his hand up high and did an exceptional job for us."