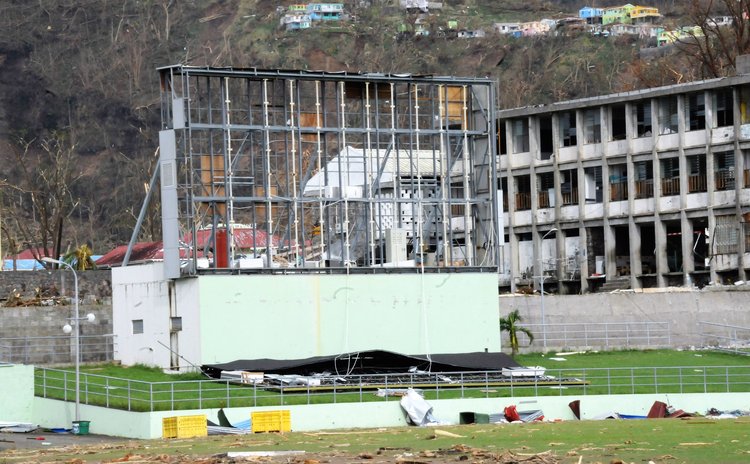 Garford Joseph, the Manager of the Windsor Park Sports Stadium, says work continues at the stadium in the hope that the New Zealand tour of the West Indies is still on.

The Windsor Park Sports Stadium is set to return as a venue for West Indies' home schedule in July when it hosts two limited-overs fixtures on the New Zealand tour.

However, since the COVID-19 pandemic, sports has suffered and it is not yet sure if the New Zealand tour of the West Indies will still go on.

"We are going the necessary work and waiting on Cricket West Indies (CWI), we have re-laid the stripes and also added a new one, the work on the pavilion is complete and the new score which was ordered is expected on island in mid-June once everything is clear," Joseph said.

Windsor Park had its last taste of international cricket earlier in 2017 when Pakistan beat West Indies on a dramatic final day of the last Test.

CWI Chief Executive Officer Johnny Graves has said that once Dominica was able to put in the necessary logistics required for hosting the game then the board would take a firm stand on that.

Having returned to the domestic schedule this year when it staged a first-class match between Windward Islands Volcanoes and Leeward Islands Hurricanes in February, the venue will play host two, one ODI and a T20 International – one of 11 West Indies are expected to play ahead of the T20 World Cup in Australia later that year.

Meantime, Joseph says, that once the tour has been given the all clear he is confident that the Windsor Park will be in

"Like I said we are just doing all the necessary work required and once the all clear is given then we will be ready for hosting," he stated.