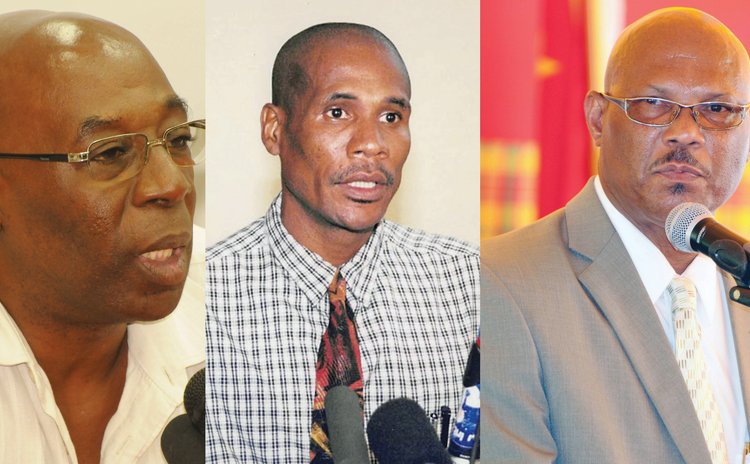 Matthew Walter, the former minister of agriculture and parliamentary representative for Paix Bouche, is to be Dominica's ambassador to Cuba, the Sun can reveal.

Matthew replaces veterinarian Dr. Charles Corbette; seven years ago Dr Corbette took over the ambassadorial post in Cuba that was held for many years by Claxton Thomas.

Corbette's replacement should have been effective from May 1, 2017 but he asked the ministry of foreign affairs for some more time to "clear his desk", a source with knowledge on the matter told the Sun. Corbette returned to Dominica on May 27, 2017.

"I can also tell you that the decision to replace Dr. Corbette with Matthew Walter is a Cabinet decision taken on Wednesday April 13, 2017," the source, who requested anonymity because he was not authorised to speak publicly on the matter, told the Sun.

Efforts at reaching Dr. Corbette for comments on his stewardship in Cuba failed.

Walter retired from active politics just before the December 2014 general elections. He served the Paix Bouche constituency from June 1995 and was a member of the Dominica Labour Party Cabinet from 2000. He was first appointed Minister of Community Development, Gender Affairs, Culture and Information and then Minister of Agriculture and Forestry. Roselyn Paul has replaced Walter in that constituency.

In a phone conversation with the Sun, Walter confirmed his appointment as Ambassador to Cuba but he said that because of "logistically reasons" he was unable to give an interview to the Sun.

"I can only speak to you next week Wednesday June 7, 2017; please call me then and I will be more than happy to speak with you," he said.

Walter also confirmed that he is expected to take up his ambassadorial post in Cuba after the week of June 7, 2017.

Dominica and Cuba have enjoy extremely cordial relationships for the past 21 years and even before the establishment of diplomatic relations a group of Dominican students began studying in Cuba in 1979.

More than 400 Dominican students have graduated from Cuban universities under the ongoing Cuban Scholarship programme.

Cuba assists Dominica mainly by providing doctors and nurses; Dominica has reciprocated by its frequent call for an end to the American trade embargo against Cuba.