Wizards & Their Wizardry (Part I) 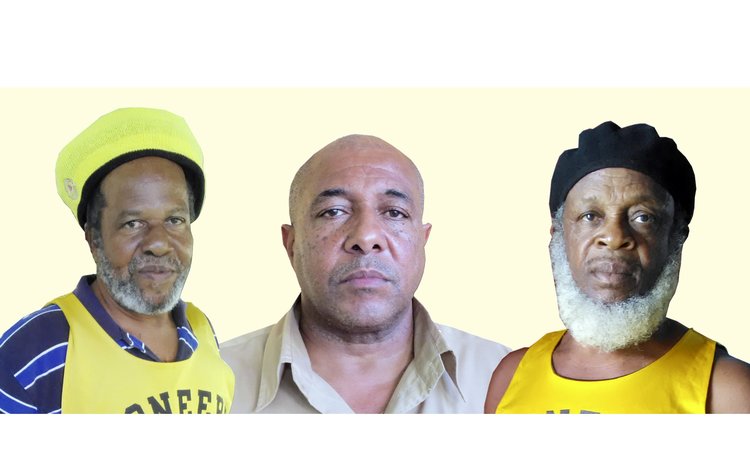 One of three basketball articles published in The New Chronicle of 12th July 1985 was dramatically headlined, "Wizards the Giant Killer". This was in reference to the Roseau-based team which had registered in the national basketball league as BALL WIZARDS but were popularly known as "Wizards".

Wizards did not survive the longevity of Cardinals, Pros or Flames, or have a trophy cabinet that was the size of Cardinals'. However, over the decade of their existence reporters had very good reason to refer to them as 'giant killer' on one occasion.

In Wizards' maiden season on the court their first victory may have been against E.J.T. Rockers whom they defeated 69-54, with Freeman netting 24 Pts and LeBlanc 23. Interestingly, according to The New Chronicle of 7th May 1977, that match had "provided great amusement for the large crowd." They also enjoyed victory over Starlights 60-52, defeated Ambassadors, and had a second win against Rockers, 61-45.

Although in their first season Ball Wizards lost to Flames 57-63 and were blown out by Harks 44-88, they meant wizardry business and almost plucked out Cardinals' feathers, losing by only four points, 70-74.

It is important to note that in reporting on that Wizards vs Ambassadors match the sports reporter wrote, "Ball Wizards, a positively improved team, snatched a 3-point win over By-Trinee [Sunstyle?] Ambassadors Wednesday night at Windsor Park. Wizards who always led in the match through the zealous efforts of M. LeBlanc 26, M. Freeman 24, E. Lancelot 10 and M. Joseph & J. Carbon in defence won 72-69." (The New Chronicle, 13th May 1977).

Over the decade of their existence players such as Bernard Watty, Joe 'Tata' Laguerre, John 'Tico' Diolen and others, who were not high-scorers, also joined Wizards.

'Good Boy'… 'Bad Boy' Wizards: Wizards, while occasionally receiving positive nods from sports reporters would sometimes engage in not-so-favourable activities on the court. The positive remarks included, "Ball Wizards, a positively improved team…", "Wizards the Giant Killer", "…a confident Green's Wizards…", "the wizardry of Wizards was on full show…", "…mesmerized by the magic of the Wizards…"

We also saw Comments such as, "I like the name WIZARDS. It conjures up a sense of frightening skills and dazzling speed." "…Wizards were at their wizardry best when they brought down to earth an unusually faltering John Keller Eagles…", and "there are many who thought the Cardinals lucky to survive the witchcraft of Wizards."

However, on the other side of the coin we occasionally saw what some may consider to have been some level of ill-discipline displayed by the team. During Wizards' first season on the court The Star Dominica of 1st July 1977 reported, "Earlier this week a match ended prematurely because one team (Ball Wizards) thought that they were being picked upon by the referees. They had only 5 men present and before the interval one player had to leave the court with 5 fouls while another had four fouls and they had no substitutes…"

The following year (1978) Wizards forfeited their game against Rockers with Rockers leading 50-44 and with 1 minute remaining. In 1985, they again lost by default, this time to J.K. Eagles with the score at 53-67. Further, in 1986 the team protested against the officiating of their game versus Cardinals and refused to play the second half.

Possibly the worst such behavior occurred during a Knockout semi-final match in 1985, and that resulted in a senior member of the team being slapped with a one-year suspension "for deliberately refusing to leave the court on obtaining a disqualifying foul from the referee".