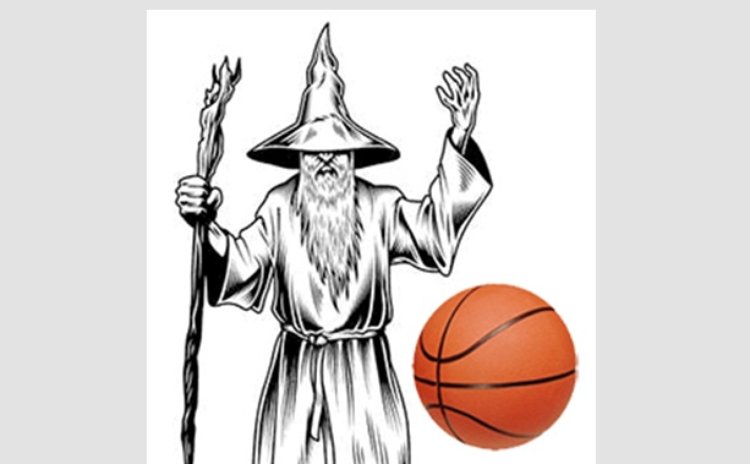 WIZARDS performed their wizardry during 10 seasons

Wizards In 'Off-Season': There was a time in the history of Dominica's basketball when the DABA organised 'Off-Season' Leagues annually, affording players the opportunity to warm-up for the upcoming season. One such competition was held from October 1984, and Wizards were there.

The 12 teams participating in that Off-Season hailed from Fond Colé, Trafalgar and Roseau and were separated into two zones with Wizards assigned to Zone A.

Julius 'Boss Boy' Cuffy and Peter 'Ras Pete' Seraphine were the first two such players and both were members of Dominica's Team which participated in the 1982 Caribbean (CARICOM) Basketball Championships which were held in Jamaica. Boss Boy was also selected to Dominica's team for the first CARICOM Championships (1981, Guyana), and the third CARICOM Championships (Trinidad, 1983). He also represented Dominica in the 2nd Organisation of Eastern Caribbean States (OECS) Basketball Tournament which was held in Antigua in November 1985.

The other Wizard who represented Sisserou Land was Julie Francis. He wore national colours during Dominica's participation in the 1983 CARICOM Basketball Championships, and in 1984 for a series of matches in Guadeloupe that also involved teams from Martinique, Puerto Rico, Miami and the host Territory.

Juba was selected to the national team for Dominica's participation in the 1985 CARICOM Basketball Tournament which was carded for Barbados in August that year. However, for various reasons, Team Dominica did not travel to the Land of Crop Over for that year's tournament.

Francis, nonetheless, was a member of Dominica's team when they competed in the 1985 OECS Basketball Tournament which was held in Antigua; Dominica tied with St. Kitts for 2nd place in that championship.

Two months later, i.e. in January 1986, Francis and another Dominican national player, Anicet Moore of Pros played on an OECS Combined team in a tournament which took place in Antigua. The other participating teams were Wildcats (a college team from northern Michigan, USA), Laluciolle of Guadeloupe, and Antigua & Barbuda Bulldogs (National Team) as hosts.

In their final year as Ball Wizards and their penultimate season performing their wizardry (1985), Julie Francis was voted Most Valuable Player in Division I, while Peter Seraphine was the Highest Aggregate Scorer in the Division I League, amassing 398 points. Ten teams competed in the senior division that year.

Wizards' Sponsors: Ball Wizards befitted from two sponsorship packages. Firstly, in their second year on the court (1978) they were sponsored by Motor Owners Mutual Insurance Co., and so they were billed as M.O.M. Wizards; that partnership lasted four seasns. Then for the next four seasons, i.e. from 1982 through 1985, they were grateful to Green's Wholesale for the latter's generosity and registered as Green's Wholesale Wizards. The team was unsponsored in their final season.

Final Waves of Their Wands: The 1986 basketball season saw Wizards, which had modified their name to Original Wizards, doing their final waves of their wands before vanishing from existemce.

That year they suffered losses to Owls (by 6 points), Lions, twice to Pros (including once by default), and twice to Eagles (including a 30 Pt blow-out).

However, Wizards were able to perform some 'original' magic and emerged with two wins over Lions and blew-out Owls 77 points to 44. They also extinguished Flames by 18 Pts, knocked out Harks by 5 Pts, and crowned their final year's performance with a shattering 70-57 defeat of the mighty Cardinals.

Remarks: In spite of everything, with their bundle of talent Ball/Original Wizards contributed to the development of basketball on Dominica, and following their disappearance members moved to other teams in the League, with some continuing their magic on the court.

Most of the information contained in the article was sourced from archived copies of The New Chronicle and The Star. Jump Ball thanks Mickey, Dr. Jay and Yannick Bethel for their assistance.